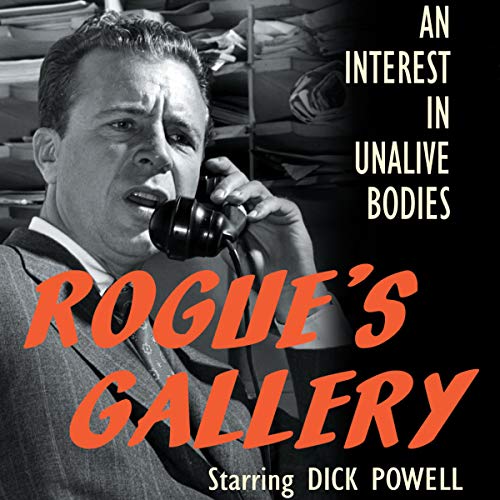 Actor and singer Dick Powell, after many musicals for the Warner Brothers and Fox studios, embarked on a new career as a hard-boiled tough guy when he was cast as Raymond Chandler’s detective Philip Marlowe in the 1944 film Murder, My Sweet. Powell got the opportunity to further flex his new tough-guy muscles in the medium of radio, starring in the role of investigator Richard Rogue in the crime drama Rogue’s Gallery.

In this collection, Powell portrays Rogue with a charming lack of care and refusal to take things too seriously, all while delivering solid entertainment for detective and crime drama fans. Peter Leeds co-stars as Eugor, Rogue’s subconscious alter ego who would appear when the detective was knocked out. The series also features Gerald Mohr, Lurene Tuttle, and Lou Merrill.