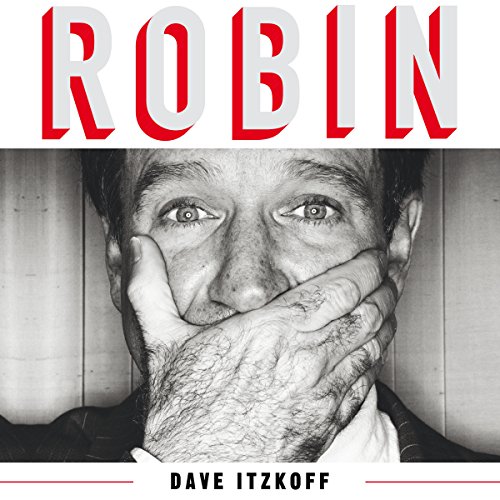 From his rapid-fire stand-up comedy riffs to his breakout role in Mork & Mindy and his Academy Award-winning performance in Good Will Hunting, Robin Williams was a singularly innovative and beloved entertainer. He often came across as a man possessed, holding forth on culture and politics while mixing in personal revelations - all with mercurial, tongue-twisting intensity as he inhabited and shed one character after another with lightning speed.

But as Dave Itzkoff shows in this revelatory biography, Williams’ comic brilliance masked a deep well of conflicting emotions and self-doubt, which he drew upon in his comedy and in celebrated films like Dead Poets Society; Good Morning, Vietnam; The Fisher King; Aladdin; and Mrs Doubtfire, where he showcased his limitless gift for improvisation to bring to life a wide range of characters. And in Good Will Hunting he gave an intense and controlled performance that revealed the true range of his talent.

Robin by Dave Itzkoff shows how Williams struggled mightily with addiction and depression - topics he discussed openly while performing and during interviews - and with a debilitating condition at the end of his life that affected him in ways his fans never knew. Drawing on more than a hundred original interviews with family, friends and colleagues, as well as extensive archival research, Robin is a fresh and original look at a man whose work touched so many lives.

"This well-written page-turner is the definitive biography of the genius of Robin Williams, whose life redefines the highs and lows of the American dream." (Steve Martin)

An overview of a comic genius and complicated man

A very well written biography. I really enjoyed Itzkoff’s writing and felt that it provides an opportunity to get to know as much as possible about a man who was quite closed. As a fan of Robin Williams, I, like everyone else, was so shocked and saddened to hear of his passing and the details. To learn later that he was in stages of Lewy Body dementia, without him knowing it, was so sad.

This book certainly covered the sad loss of Williams, his health and his latter days. However it also summarised his price ledger upbringing, how he perhaps never felt accepted by his parents and how hard it was for a genius to conform to societal norms. There was a lack of true depth in the book to be expected given it was written after Williams’ death so there are unanswered questions. There was also frequently a negative sentiment around Williams’ career or his perception of it, but perhaps, sadly, this was the case.

The book was rounded by interviews with close family and friends, including Williams’ children, wives and friends such as Billy Crystal. A good, well written book which I would recommend.