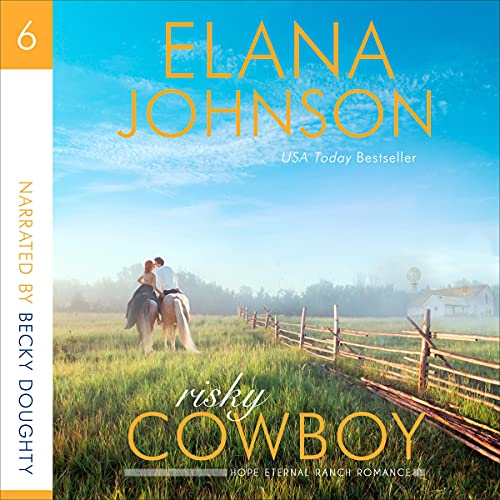 She’s tired of making cheese and ice cream on her family’s dairy farm, but when the cowboy hired to replace her turns out to be an ex-boyfriend, Clarissa suddenly isn’t so sure about leaving town...Will Spencer risk it all to convince Clarissa to stay and give him a second chance?

Spencer Rust has been at Hope Eternal Ranch for years. He loves Texas, the ranch, his boss, and his roommates. But he's ready to take the next step in his life now that he's healed from some past trauma.

To do that, he feels like he needs to leave Hope Eternal, so he starts talking to his friends at other ranches. Turns out there's a job at Cooper & Co Dairy Farm, and Spencer applies. After all, the girl he let get away from him is moving to San Antonio soon - if the rumors going through the small town mill are to be believed.

Clarissa Cooper is going to San Antonio, thank you very much. She's ready to take her culinary skills and put her degree to more use than making cheese spreads and ice cream on her family's dairy farm. But when Spencer shows up on the farm, everything shifts.

Will Clarissa give him a second chance? Or will she stick to her plans and leave him at Cooper & Co for a second time?