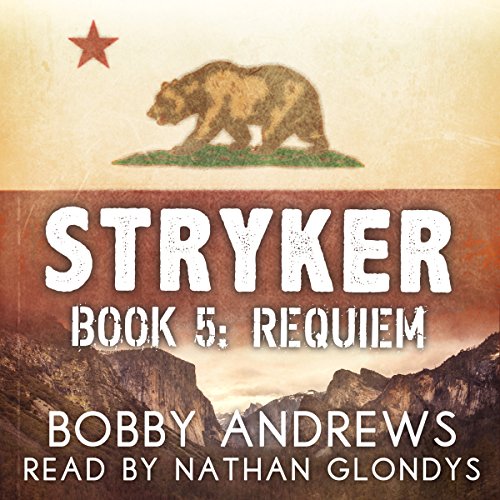 ISIS unleashed a weaponized version of the deadly Ebola virus, killing 97% of the world's population. Only the immune and those who hunkered down in remote locations remain.

Through the chaos that remains strides a giant of a man known only as Stryker. He is a former Force Recon Marine who has lost as much as anyone, but fights to preserve his honor and creed in the face of slave traders and rogue military elements who prey on the innocent. Edwards, his former battle buddy joins him. Together, they care for three young women who survived the plague and attempt to give them lives that are as normal as possible under the circumstances. After things began to settle down, Stryker and his group started looking for a better place to live and during the search they witness ISIS fighters unloading from freighters in the Corpus Christi, Texas, harbor. Our band of heroes face several encounters with danger, including the epic battle with the band of ISIS terrorists who have invaded the homeland with the intent of occupying what is left of the United States. But Stryker has another idea for the terrorists: elimination. After concluding their battle with ISIS, with the help of an air strike from a still-functioning US Navy aircraft carrier, the group strikes off to make a new life in San Diego, where the captain of the carrier has decided to berth the ship and use the nuclear reactor to power the San Diego Naval Station and to begin efforts at rebuilding the country.

Stryker marries Erin, and shortly thereafter they leave on another harrowing mission to rescue a downed pilot from the carrier, and soon find themselves in another life threatening situation. This time they are on a simple rescue mission to recover American sailors that are stranded in Cabo San Lucas, Mexico.

Nothing is that simple in what remains of the world. Follow along as the former Recon Marine and others overcome obstacle.

Yes I would like to hear more of this story!

Yes I would like to hear more of this story! Please wright more. I like that it's set in California. You might include there trying to fined more water.

another book would be awesome. Please continue with the series. I look forward to your books

I loved the series and Stryker's commitment to do what's right.

I would also love to read one more book to see how the rebuilding goes and how other children grow up in the new world.

What did you love best about Requiem?

I simply love the interaction of Stryker and all around him. Very well written and made me want for more. Please continue on with the series. And thank you for a great experience listening.

I want to hear more about Stryker

please continue story but bring back original voice actor. The guy that picked up after book 1 is extremely distracting

Please finish this series the way it should be! I’ve been following this series and it feels incomplete without one more book.

Liked the story and characters, but did you lose a bet or is the narrator your brother in law?

Minimum of two more
One as an immediate sequel
The other dated 20 years into their future
Great job
Keep them coming
Enjoyed this book!