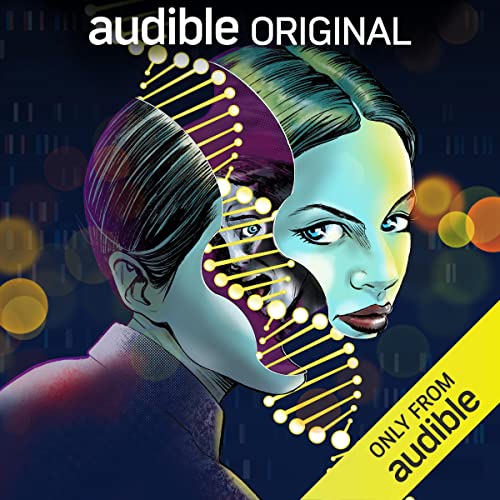 Holly Ash is good actor. Just one downside: Most of the people she’s acting with have no idea they’re a part of her fiction. One that has been carefully constructed by the secretive company that Holly works for, known as D.O.P.L. Every assignment is a new role, a new name, a completely new self. Her newest role is “Margot” and her newest target: a boy her age named Will Aldrich.

Will Aldrich has it all. Money. Good looks. A powerful family name. He’s even met a beautiful girl named Margot. But his seemingly perfect life crumbles when he realizes that Margot isn’t who she says she is. She’s working for an organization that’s out to kidnap him. Black vans. Men with guns. But that’s just the beginning. Soon Will discovers something impossible: He has been replaced. Someone has taken over his life. Someone who looks and acts exactly like him.

The mysterious organization behind this plot is doing everything possible to wipe Will out of existence. And the only person who can help him is the same person who led him into this situation: Holly Ash.

Told in chapters that alternate between narrators - Holly and Will - Replaced explores the subjects of technology and identity through a fast-paced futuristic thriller.

Great book. Great story, good rhythm and development. After the first few chapters really catches you to the point you can't stop!

This needs to be a movie. Loved it. Holy Ash is an agent for a company that rehabilitates troubled people. Her newest assignment, Will, doesn’t really seem to need rehabilitation. As she nears the completion of her assignment, she discovers something suspicious about the company she works for. Quite an adventure ensues from here.

This is a clean read; no sexual content or profanity. Is recommend it for any age.

I loved the narration. The suspense and the twists made for a top notch story. The only problem with it is that it is an audible original. Though FREE, I’d love to buy a copy of it for my three teenage granddaughters to enjoy, but audible originals aren’t available anywhere but on audible. It was perfection.

I just wish the story was longer

this was an interesting and exciting story. Hope to see sequils and prequils and spin offs.

Won't spoil it for you but once you listen you will think this novel could have been written 40 years ago and would be cliche if anybody wrote it before. I like the plot twists and pace. Maybe Is aimed at young adult so I am curious what high school age people think since I am in my early 50's and enjoyed the romance, the mixmatch, and the view of adults as both antagonists and protagonists.

Five stars all around!

This was a great book and great performance. I look forward to more from this author.

Loved everything about this

Moved at a great pace and allowed you to become invested in the characters. I wasn’t ready for it to end.

I loved that it had spying and that it should become a movie. It has no sexuality, no profanity and 1% violence

I liked the audiobook a lot. The story is interesting and the narration is good.

voices were spot on good Wrighting and over all fun to listen to .