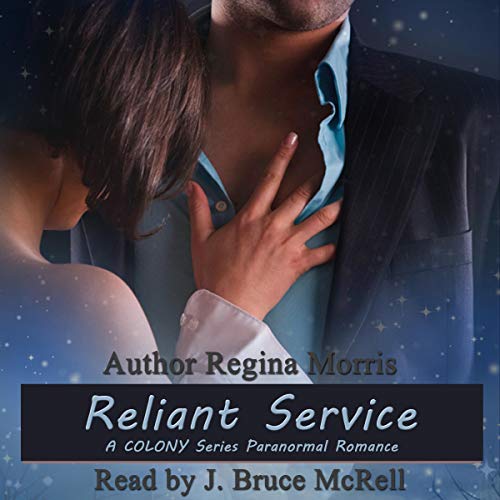 They alter their aged appearance based upon the amount of blood they consume. They move to a new area, drink a lot of blood, and appear young. Slowly, they limit their intake of blood and age, right in front of our unsuspecting eyes. After decades, they fake their death, move, and do it over and over again.

The Colony is an elite group of vampires sworn to protect the president of the United States from these rogue vampires.

The Colony Series is a suspenseful and sensual vampire fiction series that has earned five-star reviews from fans of some of the best paranormal romance series like Love at Stake, the Argeneau series, and the Black Dagger Brotherhood. Each book is stand-alone, so the books in the series can be heard in any order.

After faking his death from an assassination attempt on the president and retiring his first and only alias with the Colony, Daniel Brighton discovers the mandatory sabbatical to be less than exciting. He chooses to do a favor and act as a security guard for a fading pop-singer, Lori Austin, whose career is winding down. He travels across Europe with her and discovers her past to be one of deception and intrigue with a history leading directly back to the Colony itself.

Lori Austin is struggling to keep her career alive and is willing to do what is necessary to save it. From bad press and scandalous stories, she travels across Europe on a relief tour to revitalize her career but doesn't realize she is traveling with a vampire. Discovering a hidden family secret, she realizes that the one man who can save her is the handsome security guard she fought so hard not to hire.

This novel is for individuals 18 years of age and older as it contains sexual content. It is a light-hearted (non-dark) romance and should not be considered a political thriller. Although there are references to the president, presidential procedures, the White House, and Washington, D.C., the political arena is a backdrop for the romance. With that said, there is action and suspense in the novel that adds a dimension of excitement to the hot romance.

Other books in the series:

I liked this book a lot. I was impressed.

This was the first time that I had read/listened to a book by this author. I was quite impressed by the development of the vampire culture details. She has taken some of the many myths about vampires and added some details of her own about what they can and cannot do. It all makes for an enjoyable story, especially when you add in the romanticism of a love story. I enjoyed the narration. Overall well worth listening to and I will look for other books in the series.

A little different vampire romance but a good love story. Like the series concept,vampires protecting the President.

I loved this book. The premise of the Colony is refreshing and different. I really enjoyed the characters and the narrator gave them life. I highly recommend this book.