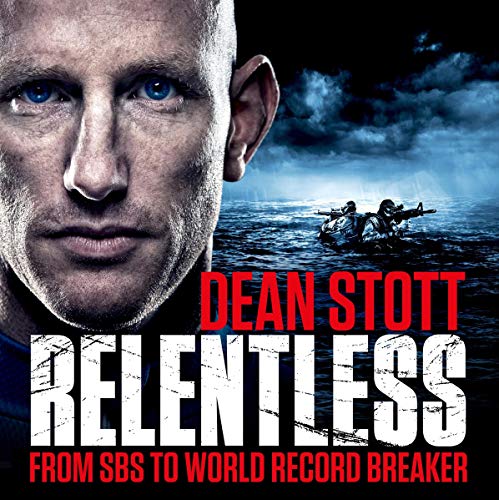 Everybody has heard the SAS motto that who dares wins, but Special Forces warrior Dean Stott also lives his life by another powerful mantra - that of the relentless pursuit of excellence. In 16 years of service, Dean rose to the top of Britain's fighting force, taking part of some of the most daring and dangerous operations in the war on terror. But then, following a horrific parachuting accident, Dean's dream career was cut short, and his ethos was put to its toughest test.

Just like the day when Dean's dad said that he could never make it as a soldier, Dean's doctors told him that he would never again perform at the elite level.

To put it mildly, Dean disagreed, but even those that knew him were staggered by the mission that he set himself - the man who didn't own a bike would cycle the Pan American Highway, a 14,000 mile route that stretches from Argentina to Alaska, passing through some of the most dangerous countries in the world. A passionate mental health campaigner, Dean decided to up the stakes further by setting himself the task of raising a million pounds for charity. With two world records also in his sights, the stage was set for Dean to rediscover the tenacity, bravery and downright doggedness that saw him rise to the top of the Special Forces.

The final curve ball arrived in the shape of a wedding invitation from his old friend Prince Harry - would he make it back in time for the royal wedding, or at all?

Dean Stott is Relentless, and this is his story.

Outstanding, for a while I had lost my North Star, Dean’s relentless pursuit of excellence has helped me refocus.
An incredible inspirational tale that will motivate any reader to set goals, challenge themselves and be better tomorrow than they were today.
Boom!