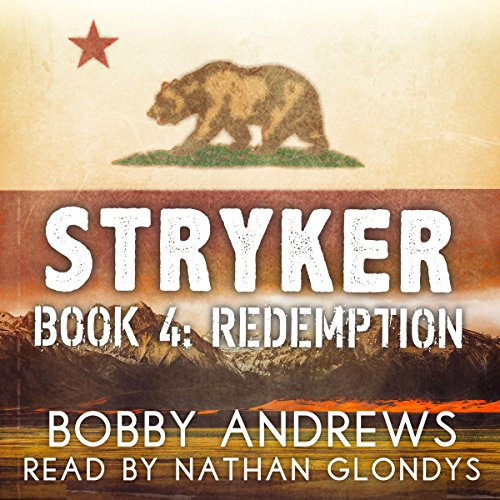 ISIS unleashed a weaponized version of the deadly Ebola virus, killing 97 percent of the world's population. Only the immune and those who hunkered down in remote locations remain.

Through the chaos that remains strides a giant of a man known only as Stryker. He is a former Force Recon Marine who has lost as much as anyone, but fights to preserve his honor and creed in the face of slave traders and rogue military elements who prey on the innocent. Edwards, his former battle buddy, joins him. Together, they care for three young women who survived the plague and attempt to give them lives that are as normal as possible under the circumstances. After things began to settle down, Stryker and his group started looking for a better place to live and during the search they witness ISIS fighters unloading from freighters in the Corpus Christi, Texas, harbor. Our band of heroes face several encounters with danger, including the epic battle with the band of ISIS terrorists who have invaded the homeland with the intent of occupying what is left of the United States. But, Stryker has another idea for the terrorists: elimination. After concluding their battle with ISIS, with the help of an air strike from a still-functioning US Navy aircraft carrier, the group strikes off to make a new life in San Diego, where the captain of the carrier has decided to berth the ship and use the nuclear reactor to power the San Diego Naval Station and to begin efforts at rebuilding the country.

Stryker marries Erin, and shortly thereafter they leave on another harrowing mission to rescue a downed pilot from the carrier, and soon find themselves in another life-threatening situation.

Follow along as the former Recon Marine and others overcome obstacles and danger in an effort to keep what is left of the American population safe.

what a bait and switch first one person doing the reading and then switch it up one us.

Finish the job they started.

Stryker finally ties the knot with Erin, but the honeymoon is short lived. No sooner had they reached San Diego and Stryker was sent out on a mission to rescue a downed pilot. Now that they were united Erin was not about to stay home while Stryker risked all; they were now partners in everything. They thought all the ISIS troops were gone; either dead or returned to their ships. Evidently not! A large force of 500 ISIS soldiers were observed once again heading west toward San Diego. It appears the force assumed to be returning to their ships did not. Instead, they regrouped, acquired more weapons and vehicles, and resumed their initial mission. It’s now up to Stryker &amp; crew to complete the deadly mission they started.

good story but the narration was not very good. Some of the military information is also not correct.