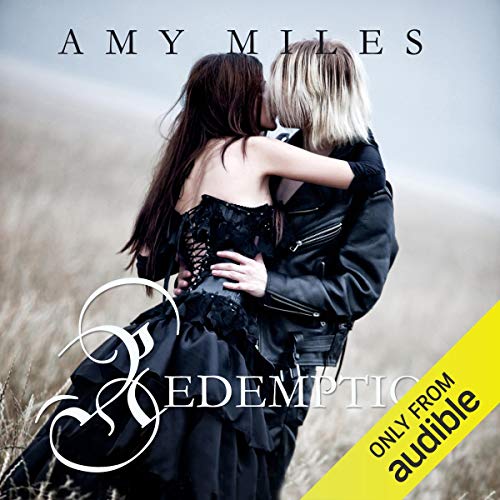 Roseline teeters on the brink of insanity.

A string of gruesome murders.

Lives hang in the balance.

Roseline Enescue has always been a warrior, the fiercest of her kind, but when she is stripped of her strength and left teetering on the edge of insanity, she is forced to rely on the one person she trusts the least. As Fane and Nicolae fight to save Sadie's life, they find themselves pulled into a tremulous truce between hunter and immortal when a string of gruesome murders break out. The lines have been drawn, and the battle preparations have begun, but only Gabriel can save them all...if he can survive the final two tasks. The first battle may be over, but the war has only just begun. Redemption is coming....

So... Many months ago a friend mentioned this series. We were at a signing and the author was there. I bought a paperback and put it on my shelf. But I have many books on my shelf and not enough time so it sat! Until I saw it was also available in audiobook...

Once I started the trilogy, I couldn't stop. Rose and Gabriel have a Romeo and Juliet like story. With Vampires, Immortals, and more, you will be constantly checking over you shoulder for the sky to fall, the end of the world, or someone out to kill you. But with good friends, creepy stalkers, and a menagerie of "magical" beings, you will find an incredible journey!

The narrator did an amazing job with this story. Without her skill, it would have been difficult to follow the transition from POV. She masterfully created a new voice and accent for each of the characters. There were a couple times I checked to see if she was solely responsible. Ms. Almasy is talented and impressive. I look forward to more from her as well as the author.

For all those listeners our there, you might want some tissues. (You know, in case some... dirt gets in your eyes.)

I have had the first book for years but just never started it! I got all 3 finished in no time! I can’t stop, I was hooked!!! Amy did an excellent job with the story, the characters! I want more!! And I loved the narrator! This was an excellent audible!

FIVE STARS AWAITING THE NEXT ON AUDIBLE

Absolutely fantastic can't wait for the next book to be released on audible # !! A new favorite vampire love adventure series to enjoy. I am ecstatic about this new book and the narrator is Exceptional! !!

This series was very involved and it took focus to keep the characters straight. Once the characters left high school it became far more interesting. I loved the ending! I had wondered about the final battle scene and the ending proved I wasn't off I doing so. Jessica Almasy did a fine job of narration throughout the series.

It's the present tense

I'm not a huge fan on present tense and that is what bothered me about this.