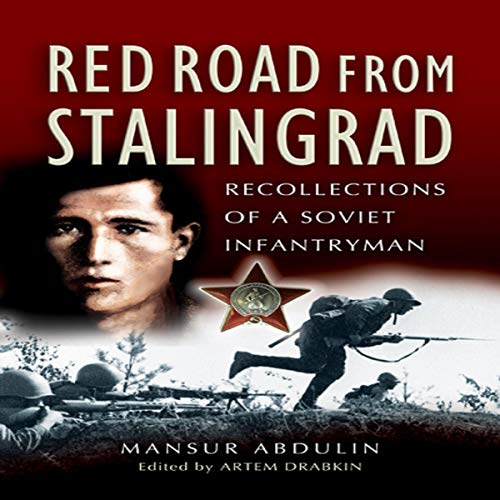 Mansur Abdulin fought in the front ranks of the Soviet infantry against the German invaders at Stalingrad, Kursk, and on the banks of the Dnieper. This is his extraordinary story. His vivid firsthand account of a ruthless war on the Eastern Front gives rare insight into the reality of the fighting and into the tactics and mentality of the Red Army's soldiers.

In his own words, and with a remarkable clarity of recall, he describes what combat was like on the ground, face-to-face with a skilled, deadly, and increasingly desperate enemy. The terrifying moments of action, the discomfort of existence at the front, the humorous moments, the absurdities and cruelties of army organization, and the sheer physical and psychological harshness of the campaign - all these aspects of a Soviet soldier's experience during the Great Patriotic War are brought dramatically to life in Mansur Abdulin's memoirs.

The grand strategy of the campaigns across the Eastern Front is less important here than the sequence of brutal and bloody engagements that were the firsthand experience of the common soldier. It is this close-up view of combat that makes Mansur Abdulin's reminiscences of such value.

One of the best stories, really enjoy every min

One of the best stories, really enjoy every minute.

Goes into details for combact action