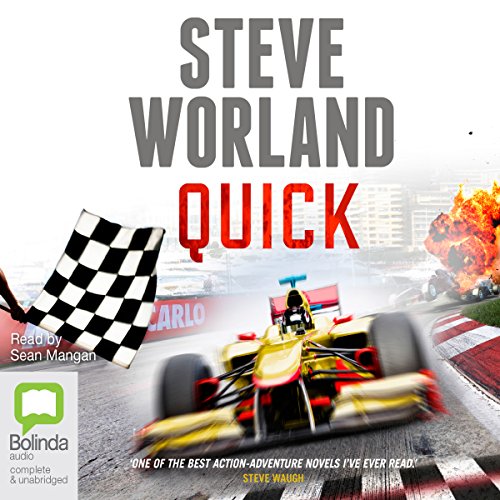 Melbourne, Australia: round one of the Formula One World Championship. Billy Hotchkiss no longer races a V8 Supercar, but that doesn't mean he's lost the need for speed. When the young cop uncovers a diamond heist in progress he leaps into action and almost captures the thieves. Lyon, France: Interpol are convinced the thieves are connected to Formula One. And they think this Australian ex-race driver is just the guy to stop them.

Sent undercover with an unwilling French partner, Billy is thrust into the glamorous world of international motor racing as the diamond heists continue. But as Billy closes in on the thieves a far more sinister threat is revealed.

With the fate of a city and the lives of half a million people in the balance, Billy will need to drive like never before to stop the worst act of terror since 9/11.

"Hands down one of the best action adventure novels I¹ve ever read." Steve Waugh