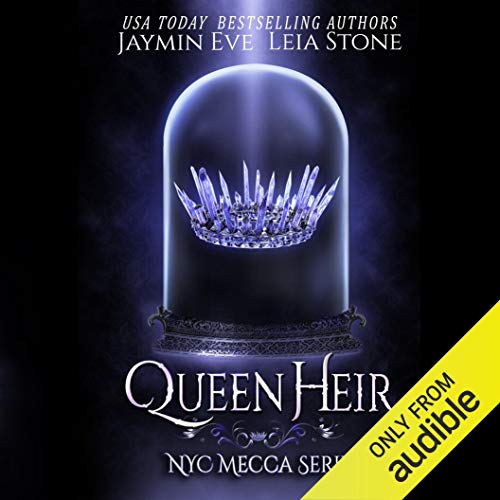 Arianna is a queen heir and at 20 years old she's now eligible for the crown of wolf shifters. Heirs are trained and groomed so that they're ready should the queen perish during their time of eligibility.

Of course, there's little chance of that happening. The Red Queen has stood for a century, and her power is beyond reckoning.

Or so Arianna believes, right up until the final tolling of the bells. The queen has fallen. Four heirs will now fight it out for the crown.

Can't wait for the next book!

After reading some of the negative reviews, I almost decided to pass on this book, I'm so glad I didn't! It has all the elements I love in a supernatural book, including forbidden love! This is my first time to read a book from this author and Ioved it! I can't wait to see what happens in the next book.

I'm not really sure how to describe this book... it's not bad. But when you are a fan of the Mercy Thompson or Jane Yellowrock series it puts a damper on shifter series that don't give you the minute details.

It feels like the authors first book. It brings to mind something my high school teachers would say, "You have a good outline, now fill in the details." This book feels like that. it's a good outline for a story but without the small details it's hard to really care about this characters. plus the main character comes across as arrogant to me. She is perfect in every way. It's a bit annoying.

this first book ended abruptly and i can't really say if i love it or not. the characters did not develop much in their relationships or otherwise, but i can see the groundwork happening. I will read the second book just because im curious and it has peaked my interest.

My wife likes it

Kept me on the edge of my seat! I'll definitely be starting the next book straight away!

the narrator was unimpressive. the deep breaths and long pauses just made me wanna stop listening. so I downloaded the book and the story was awesome.

I love these two authors and this series is really good so far. A must read definitely

overall I loved this book. I can't wait to start the next one. at first I regretted not listening to the sample of the narrator's voice, she gasps after sentences. after about 15-20 minutes I quit noticing it. she does a good job. The story is great, it's one of the few books that has had me stressed out at certain parts waiting to see the outcome of situations. It has a great mix of action, dialog, and descriptions. I never got bored while the author was laying out a scene.

This is a very interesting storyline. I was so addicted that I finished it in a day.