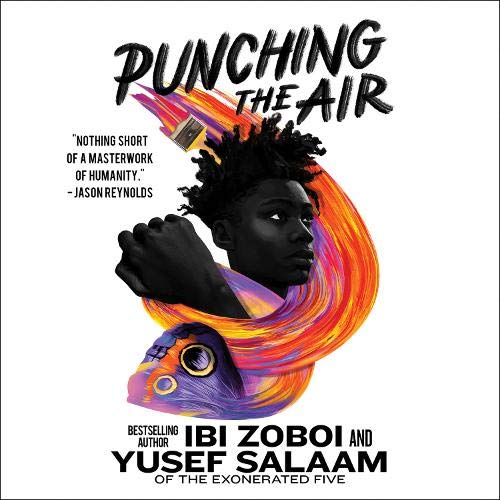 From award-winning, best-selling author Ibi Zoboi and prison reform activist Yusef Salaam of the Exonerated Five comes a powerful young-adult novel in verse about a boy who is wrongfully incarcerated. Perfect for fans of the Noughts & Crosses series and The Hate U Give.

One fateful night, an altercation in a gentrifying neighbourhood escalates into tragedy. ‘Boys just being boys’ turns out to be true only when those boys are white.

Suddenly, at just 16 years old, Amal Shahid’s bright future is upended: he is convicted of a crime he didn’t commit and sent to prison. Despair and rage almost sink him until he turns to the refuge of his words, his art. This never should have been his story. But can he change it?

With spellbinding lyricism, award-winning author Ibi Zoboi and prison reform activist Yusef Salaam tell a moving and deeply profound story about how one boy is able to maintain his humanity and fight for the truth in a system designed to strip him of both.

"Zoboi and Salaam have created nothing short of a masterwork of humanity, with lyrical arms big enough to cradle the oppressed and metaphoric teeth sharp enough to chomp on the bitter bones of racism. This is more than a story. This is a necessary exploration of anger, and a radical reflection of love, which ultimately makes for an honest depiction of what it means to be young and Black in America." (Jason Reynolds, award-winning, best-selling author of Long Way Down)

"Punching the Air is the profound sound of humanity in verse. About a boy who uses his creative mind to overcome the creativity of racism. About a boy who uses the freedom of art to overcome his incarceration. About you. About me. Utterly indispensable." (Ibram X. Kendi, National Book Award-winning and number one New York Times best-selling author of Stamped and How to Be an Antiracist)

"In this beautifully rendered book, we are reminded again of how brilliant and precarious our Black Lives are and how art can ultimately heal us." (Jacqueline Woodson, award-winning, best-selling author of Brown Girl Dreaming)