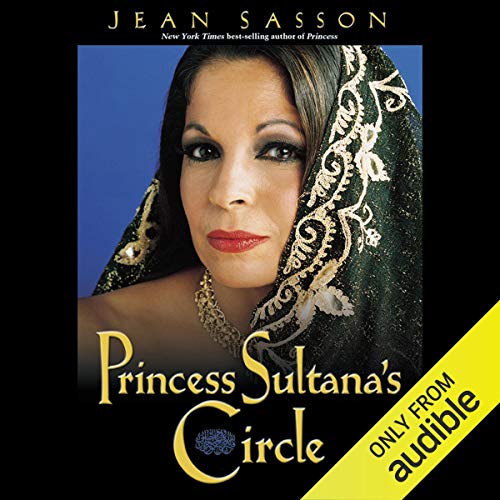 The forced marriage of Sultana's niece to a cruel and depraved older man, and Sultana's discovery of the harem of sex slaves kept by a royal cousin, makes this brave royal princess more determined than ever to fight the oppression of women in Saudi Arabia.

Princess Sultana's cause is given an extra sense of urgency against the background of increased dissent against the Al Sa'uds, and the looming specter of Islamic fundamentalism. But an extended family "camping trip" in the desert brings the luxury-loving Sultana and relatives closer to their nomadic roots, and gives her the strength to carry on the fight for women's rights in all Muslim countries.

This book paints a horrifying reality for women of the desert kingdom. It is a haunting look at the danger of Saudi male dominance and the desperate lives of the women they rule.

The whole series is worth listening to, but you wi

I have read the entire series by this author. I don't know how she got her information, but the Saudi princess who was courageous enough to tell her story and the story of women in this country deserves some kind of major award! It is almost unthinkable for women in the U.S. to believe the powerlessness of women under such a restrictive government. Princess Sultana is a forward thinking woman who tells stories honestly and with no whitewash. She tries to see the positive steps that have been made in the rights of women, and reading the whole series shows that. But there is so much more to be done.

As a fortunate western woman, I have no complaint about what I am able to do or say. No society is perfect, but for women in the Middle East, life is often no more than hell. The author tells the story using the princess's words, interspersing informational data from time to time. I only wish I could meet her and the princess to say thank you and to give them my encouragement. My prayers are with the women described in this and all the books.

Catherine Byers is one of my favorite narrators. Her compassion is wonderful, and I find her voice beautiful. She makes these books even better!

These books are so intriguing and gripping!! Has brought many hours of entertainment!! I highly recommend each book written by this author!!!

I couldn't stop listening to this intriguingly sad story of the plight of these women.

The life of a female in many countries is almost worthless except for sex and to control. Even a Princess is not exempt.

What does Catherine Byers bring to the story that you wouldn’t experience if you just read the book?

Lovely lilting voice. I would have rather it been read by Shoreh Aghdasloo but Catherines voice was very nice.