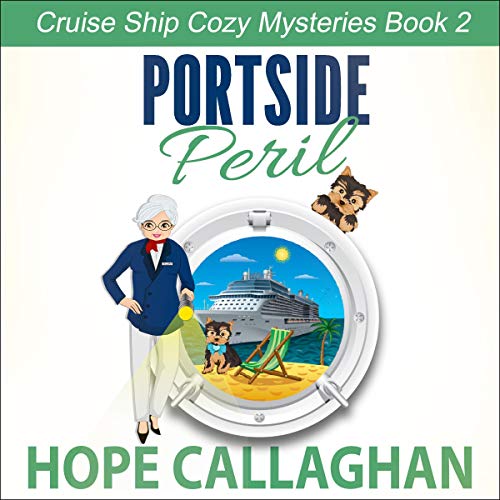 Millie Sanders has settled into her new position as assistant cruise director of the Siren of the Seas and is loving every minute of the adventure and excitement.

A fresh wave of passengers have just boarded, and as the deck party gets into full swing, a frantic cry of man overboard is shouted over the loudspeakers.

Millie rushes towards the crowd that has gathered on the portside upper deck and watches in horror as the ship's crew desperately tries to save a young man who has just gone over.

Onboard investigators believe it’s a clear cut case of vacation suicide, but Millie isn’t convinced. Her suspicions are confirmed when she discovers the fiancé of the poor deceased man received a threatening note.

The mystery deepens and the list of suspects grows when Millie discovers some of the friends who boarded with the young couple may have had reason to push him over, and that is just the beginning!

Wow! Millie and the Captain? I can't wait to hear more of this! Millie, Annette, Kat, Andy, and now Dario are the Mystery Team. I can't wait for more!

Believable characters. Good details. Very good narrator --- easy voice to listen to. Believable conversations among the characters, and good descriptions of characters and locations. Love how the author works in prayer, and no foul language or situations. Plan to listen to all the books by this author and narrator.

I love this book so much! I was really excited when I discovered that it was out on audio. The mystery is really good and kept me guessing until the end. For me though, it's the characters that really make this book and the series as a whole. The narration is really well done. The characters come to life. This is a great book to listen to if you want an escape!