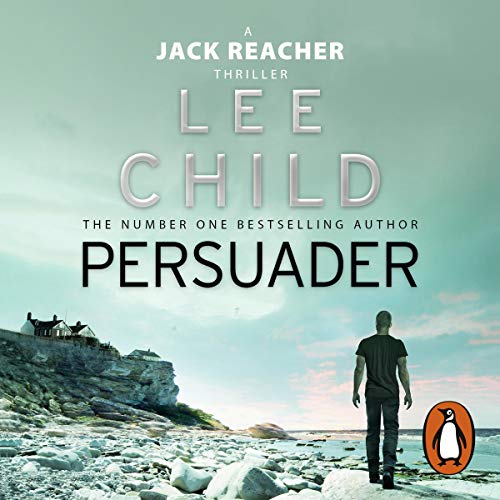 Never forgive, never forget. That's Jack Reacher's operating principle. And Quinn was one of the worst guys he ever had the misfortune to meet. He had done unforgivable things. So Reacher was glad to know Quinn was dead. Until the day he saw someone who looked an awful lot like him, alive and well, riding in a limousine outside Boston's Symphony Hall.

Never apologise. Never explain. When Reacher witnesses a brutal attempt to kidnap a terrified young student on a New England campus, he takes the law into his own hands. That's his way, after all. Only this time, it leads to a fatal shooting. Has Reacher - shockingly - lost his sense of right and wrong? Just because this time, it's personal?

after less than a minute I felt like giving up on the book... the reading sounds as if he's reading a shopping list, ending all sentences as if they're not part of a story. seriously annoying. and sadly I have more books narrated by this person.

I love the book (i.e. the story). For me, it's one of the best Reacher books. But oh, my god. Jeff Hardings monotonous voice almost drove me mental after five minutes. He ends every single sentence the same way. The dialogue is better, but when he is Reacher as narrator, every sentence sounds identical. Dick Hill is immensely better. I wish he would record all the Lee Child books so I could avoid this absolute clown.

A great and a very addictive story

I have read or listened to all the Jack Reacher stories and I put this book all the way at the top. Very tense and a good build up to the final climax. A good story all in all. I especially liked the switch between the story ten years back and present. One thing though, which in a small way was annoying, was the constantly repeating sentence “I said nothing”. I didn’t count but it must be in the 100. That being mentioned I highly recommend this book. It’s great novel and very good narration! Thanks

dragged on too much