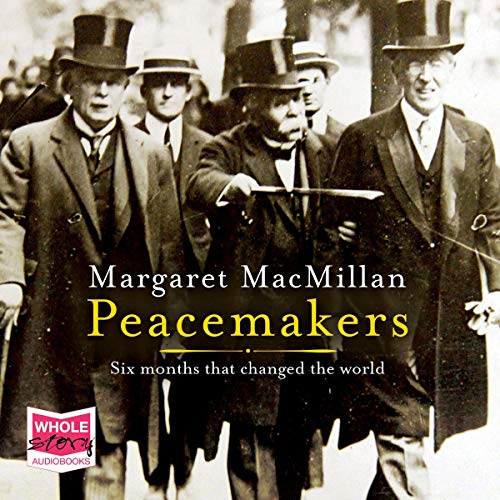 The story of the Paris Peace Conference of 1919, when for six extraordinary months the city was at the centre of world government as the peacemakers wound up bankrupt empires and created new countries.

Between January and July 1919, after the war to end all wars, world leaders converged on Paris for the Peace Conference. At its heart were three great powers - Woodrow Wilson, Lloyd George and Clemenceau.

The peacemakers, so it has been said, failed dismally - failed above all to prevent another war. Margaret MacMillan argues that they have unfairly been made scapegoats for the mistakes of those who came later. Their goals - to make defeated countries pay without destroying them, to satisfy impossible nationalist dreams, to prevent the spread of Bolshevism and to establish a world order based on democracy and reason - could not be achieved by diplomacy.