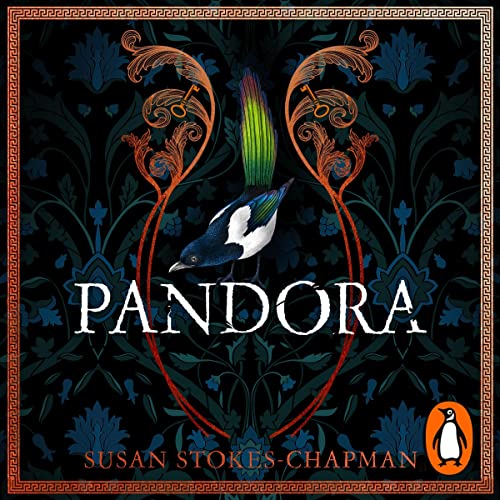 A pure pleasure of a novel set in Georgian London where the discovery of a mysterious ancient Greek vase sets in motion conspiracies, revelations and romance.

There is a fine line between coincidence and fate....

In London 1799, Dora Blake is an aspiring jewellery artist who lives with her uncle in what used to be her parents' famed shop of antiquities. When a mysterious Greek vase is delivered, Dora is intrigued by her uncle's suspicious behaviour and enlists the help of Edward Lawrence, a young man seeking acceptance into the Society of Antiquaries. Edward sees the ancient vase as key to unlocking his academic future. Dora sees it as her chance to restore her parents' shop to its former glory and to escape her uncle.

But what Edward discovers about the vase has Dora questioning everything she has ever known, about her life, her family and the world as she knows it. As Dora uncovers the truth she starts to realise that some mysteries are buried and some boxes are locked, for a reason.

Gorgeously atmospheric and deliciously unpauseable, Pandora deals with themes of secrets and deception, love and fulfilment, fate and hope.

"Olivia Vinall, who was delightful as DS Matilda Stone in Queens of Mystery, maintains a running current of excitement and copes effortlessly with the challenge of a cast ranging from grandes dames to Cornish seamen." (The Sunday Times)

At the 1800s lots of antiquity left Greece, and that's a real shame. Isn't it?