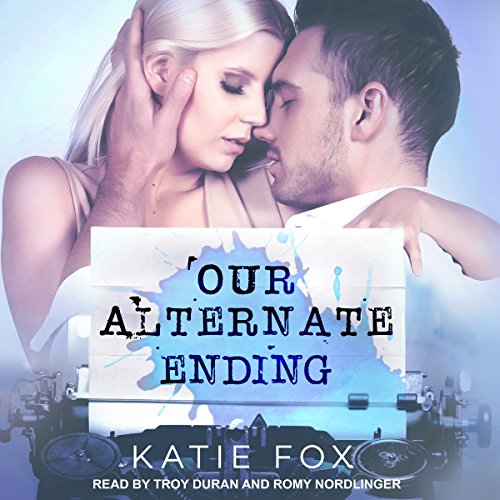 She was the hot mess who stumbled through his door. He was the one who gave her a chance.

When Elle Callihan finds herself on the 26th floor of the country's top publishing firm after putting her dreams on hold for five years, she's not about to allow the opportunity to slip through her fingers. There's just one problem. Her new, humorless, this-needs-to-be-done-right-now jerk of a boss makes her working life a living hell.

With the minutes on his own clock ticking, CEO and certified workaholic Owen Caldwell has no time for anything. Not relationships. Not life. And certainly not the connection that simmers between himself and his new assistant.

As the pair work together, their undeniable attraction draws them closer, bringing a realization that sometimes life and the people in it are worth slowing down for. But when Elle is presented with a plot twist she never saw coming, she quickly learns that crafting her own story may be much harder than she initially thought.

Faced with a difficult decision, she has two choices: Write the truth or deliver an alternate ending she knows they both deserve.

I had recently tried an audiobook for the first time and could not finish it. I just did not enjoy it even though i had read and loved the book. I was prepared to just throw in the towel and never attempt another one again. Well, Our Alternate Ending is one of my favorite books ever so when it came out on audio I decided to give audio another go. And let me tell you that was a really great decision!!! I LOVED this in audio form! Romy and Troy did an exceptional job bringing Elle and Owen to life! I was enraptured! I listened to it in the car while I was driving for work and I hated having to pause it to work! So even if audio isn’t your thing, I would give this one a try because it is so worth it! 💜

Enjoyed performance more than the story

I enjoyed the performance more than the story. The writing was good but didn’t care much for the characters. That’s the reason I gave high rating. All in all, I recommend it.

This story will slowly break your heart, but then piece it back together. I found this book looking for more narration by Troy Duran and he did not disappoint.

Great story! Narrators did not sounded more mature than the age of the characters in the book which was a little weird but not a deal breaker for me. Troy Duran’s deep voice is a joy to listen to.