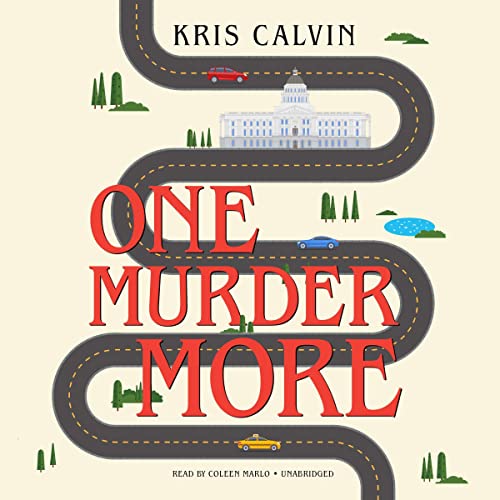 In Kris Calvin’s debut mystery, One Murder More, a beautiful legislative aide is found stabbed to death in California’s Capitol building. Maren Kane, a lobbyist for a fledgling Sacramento-based toy company, is in the midst of a legislative fight that could make or break her career. She doesn’t have time for a coffee break let alone involvement in a murder investigation.

But when police arrest Maren’s colleague for the crime, she’s certain they have the wrong man. The cops suspect a crime of passion―love gone wrong. Maren knows that in the capital, money and power drive all things tragic and scandalous. Sex and love are little more than window-dressing.

But will she be able to prove her theory―and free her friend―before she becomes the next victim?

Revisited my favorite political thriller now that it’s on audio! Calvin’s writing is as crisp, fast-paced, and delightful as ever as she weaves this intricate tale of California intrigue. Coleen Marlo couldn’t be a better narrator for the tough lobbyist, Maren Kane, who finds herself caught up in the mystery. Highly recommended!

One Murder More is ok but there are so many characters that I couldn't keep track of all of them. I don't think I'll get the next one.