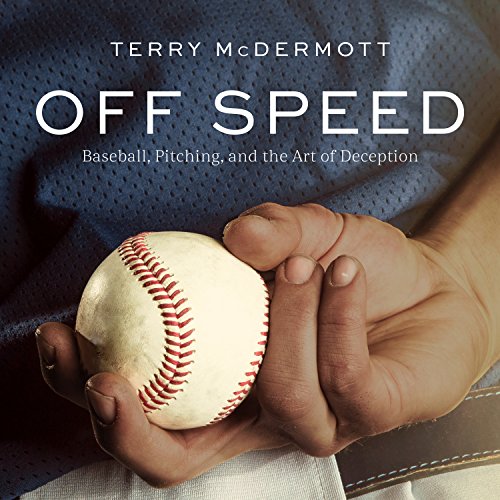 Tracing the evolution of pitching and the pitcher's art of deception, Terry McDermott tells the fascinating story of baseball's 150-year hunt for the perfect pitch. Using the framework of a single game (nine chapters, nine innings, nine pitches), he explores the history of every type of pitch, combining the folk wisdom of the players with the enormous wealth of new data brought to the sport by the growing legion of statisticians who are transforming many of the sport's once sacred beliefs. As a lifelong baseball fan, McDermott approaches his subject with the love every fan brings to the park plus the expertise of a probing journalist, exploring with irrepressible enthusiasm and curiosity both the science and the romance of the game.

&quot;The most important quality in a pitcher was not his brute strength but his ability to deceive, and deception took many forms&quot; - Michael Lewis, Moneyball.

This book is for those of us fascinated by (perhaps obsessed with) baseball who want to know more about the thought process and execution necessitated by pitching in the majors. This book describes the intersection between talent, execution, discipline, and creativity, and provides fascinating insight into what it takes to play ball at the highest levels of the game.

My only critiques are of the sections detailing the author's life in Iowa, and of the narration itself. The former was well written but honestly seemed to be a different book; the transitions between each narrative were pretty forced if you ask me. The latter is partly personal preference, since I thought the narrator had a very annoying voice. But some of it is the narrator's poor choices, like reading out the web URLs in footnotes (including the colon and slashes), and doing very poor accents for spanish-speaking players. These bizarre choices took me right out of the narrative and I thought the book was worse off because of them.

All in all, the brilliant writing and interesting subject matter makes this a worthwhile listen for any baseball lover. Just... try to ignore the narrator.

Make it all stories or all facts

The story about trying to dry out a wet baseball field

Was Off Speed worth the listening time?

For the most part, yes, mainly because the narration of Joe Barrett was fantastic

Pitching has changed much over the history of the game of baseball. From tossing the ball slowly so that the batter can easily hit it to pitchers who can throw the ball over 100 miles per hour and make it curve in violent changes of direction, pitching has evolved. The balls that change direction usually travel slower than the fastball and hence are called “off speed” pitches. This book by Terry McDermott and narrated by Joe Barret takes a look at these off speed pitches.

Some of the pitches are widely used today, such as a slider or a change-up, and some are no longer used for various reasons, such as a screwball. Whether or not they are used, McDermott writes about nine different off speed pitches, one for each inning of the game that is used for the background of the story. That game happens to be the perfect game thrown by Seattle Mariners pitcher Felix Hernandez in the 2012 season.

McDermott also talks about his Mariners fandom, his lack of ability to play the game and some other baseball stories that are entertaining (my favorite was attempting to dry a wet baseball field) and intertwined throughout the book. While these stories were mostly good, I found them a distraction to the theme of the book, namely learning about the off speed pitches and the progress of Hernandez’s masterpiece. This may read better in a hardcopy or e-book format, but as an audiobook, I found the skipping between stories and information distracting.

One good part of the audiobook was the narration of Joe Barrett. The stories as he read them came across as interruptions, although this was much like listening to a baseball game on the radio. His voice made him sound like he was a baseball broadcaster.

Overall, this book is a decent one for baseball fans who want to learn a little more about off speed pitches or just want to hear some good baseball tales. If this took one of these themes or the other, I believe it would have the possibility to be a great book. Structured as is, it is okay and worth the time needed to listen or read.

Storybook of a Baseball Fan

Appreciate the in depth breakdown of each pitch in both past and present baseball.

Disappointing Terry has such a misunderstanding of farming though!