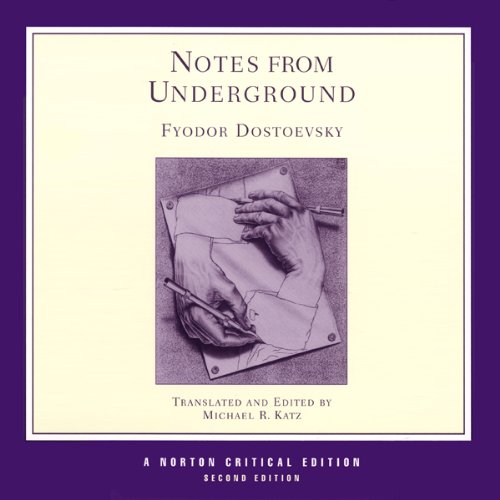 Dostoevsky’s Underground Man is a composite of the tormented clerk and the frustrated dreamer of his earlier stories, but his Notes from the Underground is a precursor of his great later novels and their central concern with the nature of free will.

Initially musing on his “sickness” and the detested notion of self-interest, the maladjusted and willful Underground Man turns to a series of incidents from years earlier. Scornful of others and of himself, he recounts a party he attended at which, unwelcome, he got drunk and acted scandalously, the visit to a brothel that ensued, and the chance arrival there of love—love which, of course, by his very nature he cannot accept, and so debases. Russian novelist Fyodor Dostoevsky is one of the greatest, most influential prose writers of all time.