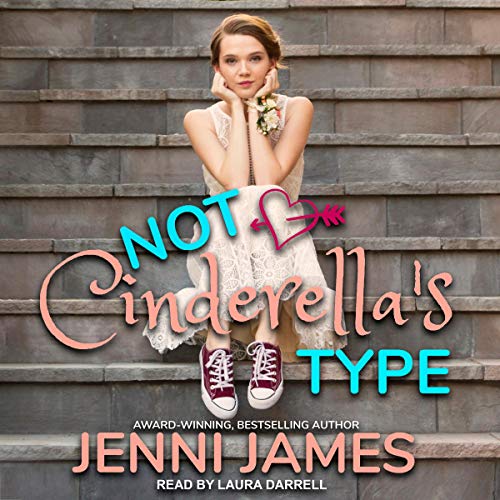 Indy Zimmerman has a new stalker who won't leave her alone, no matter what she says to him. Never mind the fact that he's one of the most popular guys at school - she's positive Bryant Bailey is only trying to appease his own conscience after pretty much destroying her life. But when Bryant doesn't back down and insists on having some sort of bizarre friendship with her, his magic works, and her walls slowly start to crumble. He's not her type. She's never been into guys like Bryant, but then again, she's never really known anyone quite as stubborn, or caring, or who can get her to confess stuff she wouldn't even tell her best friend.

Decent story with a modern twist.

Story is decently written and a good twist on a classic fairy tail. Movie is better as it make Indy not seem so flat as a character. Overall a fun listen.

I watched the movie three times before I listened to the book. If you want a Cinderella story watch the movie. The book seemed more for teen girls wanting to read a teen romance. In the book the Prince Charming character was not believable. He was described as being hot and dreamy too much.

That this was a very nice version of the Cinderella story that I have listened to more then a few timess.

Thank You Jenni James for choosing to add to the awareness of Emotional/Psychological Abuse. A more realistic, hopefully, take on the classic Cinderella story.

At first this book was slow. I started getting into it around the eight th chapter it is still really good tho

One of my favorite authors, and I wish more of her books like the Frog Prince, Peter Pan series were on audible as well!