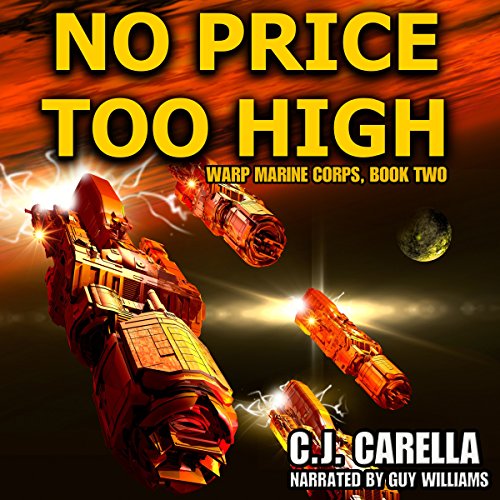 No Price Too High

The battle for humanity's survival continues.

Peter Fromm: After barely surviving the Battle of Kirosha, Captain Fromm and the rest of the 101st Marine Expeditionary Unit are sent forth to defend a vital star system. While the US Navy battles a vast alien armada in the skies above Parthenon, the Devil Dogs must fight a formidable, well-equipped army on the ground. Retreat is not an option.

Lisbeth Zhang: The former naval officer, once a rising star, faces the end of her career. She reluctantly accepts a new, secret posting, one that will turn her into an experimental subject in a covert weapons project that may save humanity - or spell its doom.

Heather McClintock: Being a CIA operative in a hostile galaxy is never easy. Out in the cold, with no support but her wits and skills, can she make a difference in the battles to come or will she become just another casualty?

The sequel to Decisively Engaged, No Price Too High is a tale of heroism and desperate combat in a hostile universe.