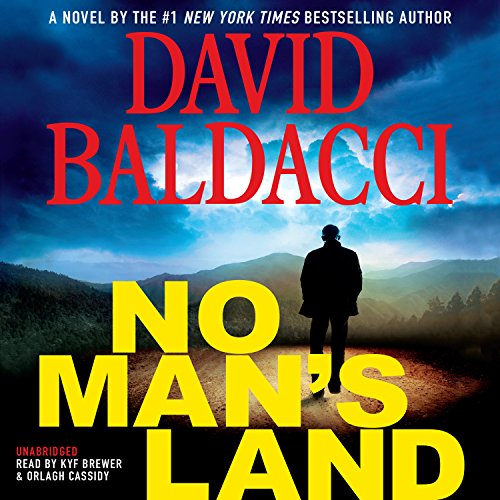 Special Agent John Puller, combat veteran and the army's most tenacious investigator, is back in this action-packed thriller from worldwide best-selling author David Baldacci.

John Puller's mother, Jackie, vanished 30 years ago from Fort Monroe, Virginia, when Puller was just a boy. Paul Rogers has been in prison for 10 years. But 20 years before that, he was at Fort Monroe. One night three decades ago, Puller's and Rogers' worlds collided with devastating results, and the truth has been buried ever since.

Military investigators, armed with a letter from a friend of Jackie's, arrive in the hospital room of Puller's father - a legendary three-star now sinking into dementia - and reveal that Puller Sr. has been accused of murdering Jackie.

Aided by his brother, Robert Puller, an air force major, and Veronica Knox, who works for a shadowy US intelligence organization, Puller begins a journey that will take him into his own past to find the truth about his mother.

Paul Rogers' time is running out. With the clock ticking, he begins his own journey, one that will take him across the country to the place where all his troubles began: a mysterious building on the grounds of Fort Monroe. There, 30 years ago, the man Rogers had once been vanished, too, and was replaced with a monster. And now the monster wants revenge. And the only person standing in his way is John Puller.

Baldacci used to be better.

I started reading Baldacci's books because he was not only a good writer but also a fairly clean writer. I didn't have to worry about lots of bad language and sexual content. Now he seems to have digressed in those areas. Unfortunately I think he's just lost me a reader. I really wish that he would go back to clean writing.

This is a very interesting storyline.

John Puller is everyone's hero. Kyf Brewer is destroying this story. I find myself not listening for days on end, as Brewer's vocalization of Puller is a MAJOR disappointment. Orlagh Cassidy, as usual, is AWESOME. I love her voice. Whatever happened to Ron McLarty??? Ron IS John Puller. Kyf Brewer is, well, no one special. It is going to take me a month to get through this book, at this point. I will find it very hard to shell out good money for another Brewer voiced audiobook.

The narration is so sophomoric that it is virtually a total distraction frothe story. Evample: Puller is speaking, only one other person present. The narrator speaks, then adds, “Said Puller” in exactly the voice he was using to “imitate” Puller—as well as any other male character. A decent story ruined!

not a good narration if you've listened to the other puller novels. very disappointing

I like the imagination of the writer. We often think about the consequences of the digital era and the possibilities of what the computer can do. Putting the power of digital technology into the context of creating war machines is an important tool of the writer. Many people promote what the future will be. I like this effort but feel fear about this senario being possible.
This book is for mature minds that won’t exploit these ideas.

I Almost Missed Out

When I read the description and listened to the sample I almost passed this novel by. I’m so glad I gave it a chance. I REALLY enjoyed this story and recommend it to others. So many twists and turns and well written.

The narrator, Kyf Brewer, made Puller sound like a whiner. It threw off the whole persona that was created using Ron McLarty in the previous books. As always the story was good

The Puller brothers have a dilemma. Their mother disappeared more than 30 years ago and now the army is investigating their father for her murder. John and Robert are dismayed that this is happening now with their father experiencing worsening dementia. But solving this mystery creates more problems for John and draws the two men back to the grief of their childhood.