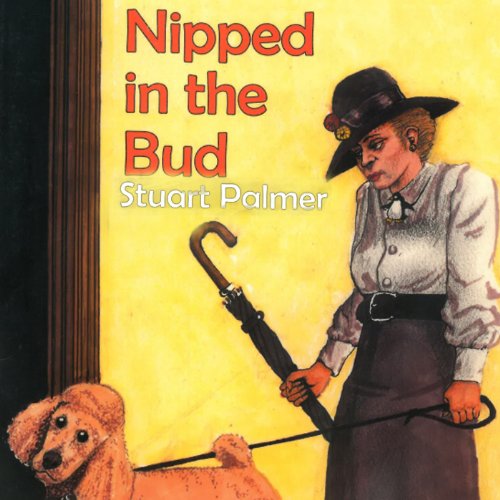 Nipped in the Bud

When pretty little Ina Kell arrived in Manhattan full of foolish dreams about making it big in show business, she had no idea how quickly she’d be in the headlines. But when TV personality Tony Fagan is murdered in the apartment building where she’s staying and she disappears shortly thereafter, the search is on, led by Inspector Oscar Piper and his long-time friend Hildegarde Withers. The chief suspect is playboy Junior Gault, whose company sponsored Fagan’s show and who was the target of some intemperate remarks Fagan made on the air. Hildy and her beloved poodle Talleyrand soon find themselves in Tijuana, where a clever street urchin named Vito becomes her right-hand man. She’s soon joined by Oscar, Junior’s socialite fiancée Dallas Trempleau, and other refugees from the Big Apple. And while Hildy may be retired from teaching, she’s clearly not ready to put her career as an amateur sleuth extraordinaire behind her just yet.