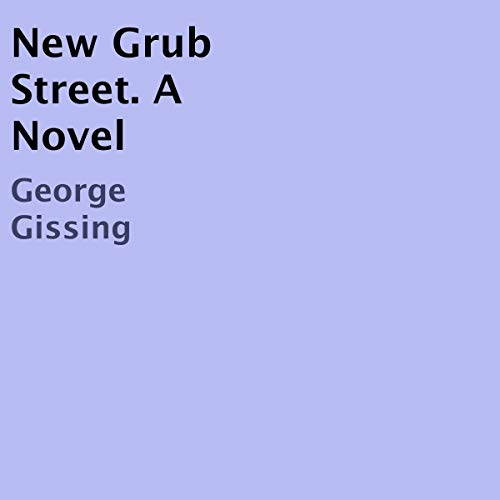 New Grub Street is a novel by George Gissing published in 1891, which is set in the literary and journalistic circles of 1880s London.

The story deals with the literary world that Gissing himself had experienced. Its title refers to the London street, Grub Street, which in the 18th century became synonymous with hack literature; by Gissing's time, Grub Street itself no longer existed, though hack-writing certainly did. Its two central characters are a sharply contrasted pair of writers: Edwin Reardon, a novelist of some talent but limited commercial prospects, and a shy, cerebral man; and Jasper Milvain, a young journalist, hard-working and capable of generosity, but cynical and only semi-scrupulous about writing and its purpose in the modern (i.e. late Victorian) world.

New Grub Street is an interesting and well-weitten novel by George Gissing. I enjoyed the novel but was utterly disappointed in the readers. Yes, there’s two of them, not only Lucy Lang. There are better versions out there. Currently I’m listening to the version read by Nigel Patterson and it’s markedly better than this poor version.