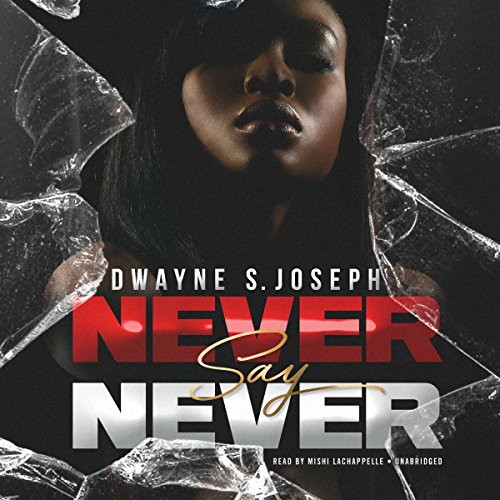 Reesa's a savvy financial planner with one goal - to have a baby before 35. But to do that, she's got to do one of two things: dump her current man, Simon, and find another man more suitable to be husband and father, or settle with Simon and work overtime trying to train him for the starring role. At 33, getting rid of Simon to find Mr. Right is a chance Reesa's not willing to take. But when she's had enough of Simon's antics and kicks him to the curb, will her goal change?

Carmen's been with her man, Anthony, for over three years and has never hesitated to cater to his needs and wants no matter how chauvinistic, insensitive, and rude he can be. Not even Anthony's mother is enough to make her call the relationship quits - even though she thinks about it every day. Then along comes Jordan. Smooth, fine, older, and yearning to be hers, Jordan is ready to give Carmen everything she wants. Carmen can only fight the temptation for so long before she finally gives in. But will an unexpected pregnancy ruin everything?

Erica wants a real man to satisfy her soul, but she's not looking for one. Tired of dealing with brothers who think that the key to a woman's heart is bling-bling, and fed up with the brothers who want a lighter shade on their arm, Erica gives up on looking for love and settles for occasional dates and one-night stands. But just when she's found her groove, her ex comes barreling back into her life in a major way, taking Erica through the emotional wringer.

Reesa, Carmen, and Erica know that life and love isn't easy, but they never expected the drama.

The story line was boring and Im highly disappointed. It was just plain and uneventful.

I love that the author keeps the story flowing and does not have alot of unnecessary fluff. I also like that he keeps it classy and tasteful and not use vulgar language. I love Mishi LaChappelle too. Her performance is very entertaining and easy to listen too. I hope they continue to work together .

it was a bore...true waste of credit.

this was a struggle. not enough drama to keep me at the edge of my seat

I really Enjoyed the story. I could relate to most of the characters . It was very heartfelt and it made me tear up at times.

loved the book from beginning to the end. liked that they didnt have everyone have a happy ending.

I wasn't sure what to expect because. of the reviews, but I'm so glad. that I chose this book. It's really good. The 3 man characters stories are so believable. Let me say I love this narrator! She amazing and brought all the characters to life with their own personalities and voices. I am fan.

I love the book however I was getting a little frustrated at the beginning and I was going to stop listening however.... I'm glad I didn't. it got so funny, intriguing, and suspenseful towards the middle and the narrator was great!

I read Womanizer first so I recognized some of the supporting. I can do without Shay for future books. Other than that I enjoyed this story. Glad it wasn’t a predictable ending for all characters.

love the narrator and the story line was good. there's a lesson it for the ladies!