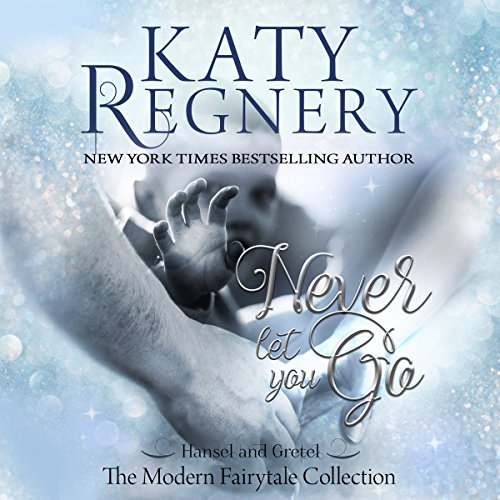 In this modern retelling of Hansel and Gretel, 13-year-old foster children Griselda and Holden escape from their abductor after three years of brutal captivity and try to cross the Shenandoah River on foot. Tragically, one of them makes it to safety, but the other is left behind.

Ten years later, Griselda's boyfriend drags her to a fight club grudge match, and her world is turned upside down when she watches Holden step into the ring.

Though the connection between them is fierce, bitter regret, simmering rage, and a tangle of physical and emotional scars lie between them, just as dangerous as the white water of the Shenandoah.

Never Let You Go is a story of fear and hope, defeat and survival, and two people - once profoundly broken - who discover that love is the only thing that can make them whole again.

Due to profanity, scenes of physical abuse, and very strong sexual content, this book is not intended for listeners under the age of 18. (Note: Children are not sexually abused in this book.)

It real is a special story about special people, the best I have read in a long time, well done!

I will say that I loved the concept of this book. I was so hopeful when I started it. Then the redundancy kicked in. This book could be half length if the author didn't reiterate every detail 10 times. I got frustrated and ended up skipping ahead. Even with skipping chapters, I still could probably tell you every detail in the book.

The narrator was a great choice. She made an awesome country bumpkin.

H+G -- are your broken or are you whole?

So many emotions...such a good book! I love Katy Regnery's books and have waited patiently for this book to be release on audio. It was so worth the wait! Holden and Gris take you through their lives from chidlhood to adults. You are transported into their childhood, foster family, abduction, separation and reunion. Becca Ballenger narrates this book. You can't help but picture Holden and hear him exactly as Becca portrays...a little twang, but not too much. He is surprisingly normal for all that he has lived through. Becca gives Gris a thoughtful, yet strong voice, perfect for her. Gris and Holden separate at 13 when Griselda is able to escape their captor. Holden, believes she is dead and is finally free upon the death of his captor. He never gets over Gris. When visiting West Virginia, Gris happens to attend a fight that Holden is participating in. Now the story really gets moving. So many feelings...the reliving of so many bad memories, the love and bond of two people, how they cope with their past, getting to know each other again and knowing they are each other's souls. You will fall in love with this story.

The best is that when Katy Regnery first released this book, a portion of the proceeds went to the Elizabeth Smart foundation. It makes you want to purchase this series of books to help great causes and have amazing reads.

Great concept but too many flashbacks

I love the story line here. It has a great concept and would have been an excellent book if it didnt have so many flash backs. I would have perferred if it just started out with the kidnapping instead of flashing back and forth between it and the now days. There were several spots in the book where it flashed back to the same exact thing so it was like reading the same thing twice. Kinda annoying for me. But if you took out like half the flash backs this book would have been excellent.

This is such a great story. It is filled with love and heartache. A must read.

Hard lives lead to such a sweet romance

The recording is a little fuzzy sounding but the narrator was perfect for this story!

Get you tissues ready

Prepare to cry your eyes out. Sad tears, tragic tears, happy tears..
This story will stay with you. I wish I could hug these kids!
The narration is perfect.
Worth every penny or credit you spend.

Such a beautiful turn of events amidst such obstacles. I couldn't stop listening. Katy R. Is so talented. Love the artistry of her storytelling .

I loved the book, however the narration was a little lacking. The narrator was too passi ve, for lack of a better word. I needed a little more acting I guess. Loved the characters, the growth throughout the story and the trials they wnet through. It was emotional at times, but if you can't not feel for these kids,.