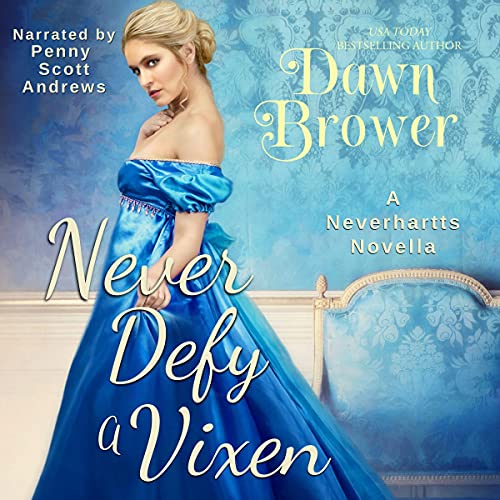 What's a lady to do when her parents' death leaves her family destitute?

For Lady Wilhelmina Neverhartt, that means marriage to a much older man. One that also agrees to support her four younger siblings. Unfortunately her new husband dies on their wedding night and leaves her fate in charge of his heir, Zachary Ward, the new Duke of Graystone.

Zachary finds Lady Wilhelmina vexing and enchanting at the same time. At first he believes she married his uncle for his money and title, but that doesn't stop his growing desire for her. He wants her, but cannot trust her, and along the way, his original beliefs no longer matter. He changes tactics and uses their battle of wills to win the lady's heart.

Only a compromise will bring these two together, but their differences might be too impossible to overcome.

Heavens! I don’t know how such a performance makes it all the way to release without someone noticing just HOW bad it is! This kind of narration can do nothing for an author, it leaves a bad taste in ones mouth and it’s hard to remember that a good book should stand apart from a bad performance. This production is the epitome of a bad performance. There are not words to explain how bad.

On to the writing…. I liked the story very much. There was even something likable about the characters that the narration couldn’t kill. I wholeheartedly think this book is worth reading.

Creditworthiness: not on audio with this narrator!