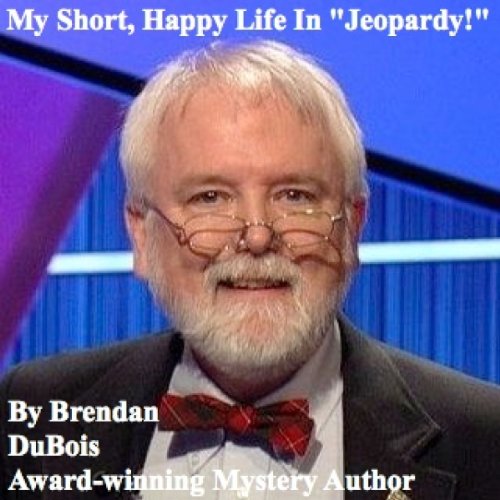 My Short, Happy Life in 'Jeopardy!'

As a lifelong reader, fan of trivia and watcher of Jeopardy!, DuBois tried twice to become a contestant on this Emmy-award winning show. But the third time proved to be a charm as he successfully auditioned for the program, and flew from his rural New Hampshire home to Los Angeles to tape his appearance and go head-to-head among some of the smartest people in America.

Along the way he reveals information such as:

This humorous, self-deprecating, informative, and suspenseful book will provide even the most casual Jeopardy! viewer with a unique look at America's most well-known gameshow. His appearance on Jeopardy! proved to be one of the most thrilling and unforgettable moments in his life, and this affectionate tale is a tribute to the people who make the show work.

Behind the scenes story of Jeopardy

One of my favorite mystery writers does a nice job writing about his time in California and being a contestant on Jeopardy.
If you're a Jeopardy fan, you will really enjoy this book.