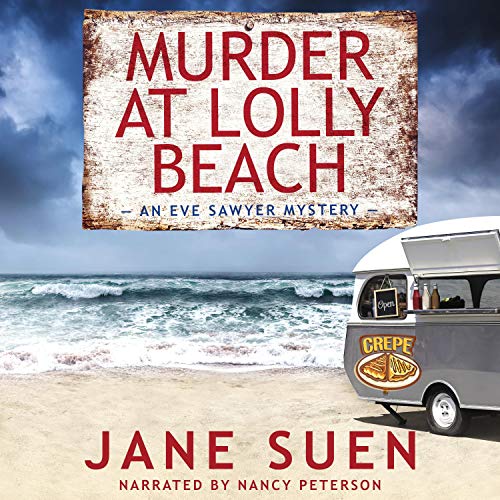 Eve Sawyer is expecting a fun summer vacation until the chef at a popular food truck is attacked. But he’s not the only victim...

Chef Blake Conway has been stirring up the locals with his campaign for a plastics ban on the quaint town’s littered beach. When Eve’s friend Cassie takes her to visit Blake’s crêpe food truck and they discover he’s being rushed to the hospital, the college journalism student can’t just stand by, especially after Cassie’s beach house is burglarized.

Beach Beat reporter Jake Thorne, who takes Eve on as an intern, mentors her while they race to find the answers. The fuse is running short on suspects who oppose Blake’s proposed ordinance. And a killer is lurking at the small town’s quiet beach, where murders are practically unheard of.

As more suspects are embroiled in this web of mystery and crime, what dark secrets will come to light?

Murder at Lolly Beach is the second audiobook in the Eve Sawyer mystery series. It can be listened to as a stand-alone.