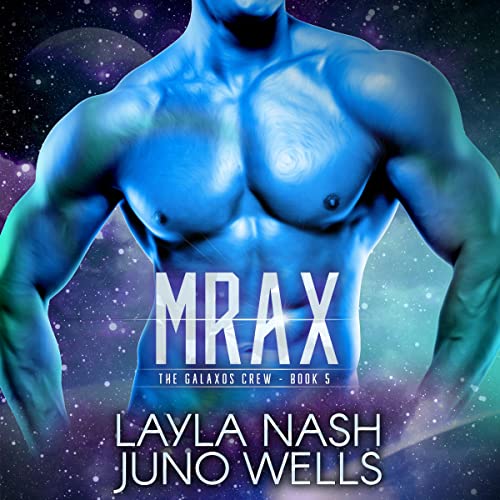 Rowan MacLeod is tough as nails. Life was hard on Earth, but she's determined to let nothing hold her back...even after ending up on a rusty bucket of a spaceship surrounded by barbarian aliens. A special mission to resurrect an old fighter craft for the rebels is her best chance to prove herself...until disaster finds her again.

As the medic on the Galaxos, Mrax has to be quick on his feet. He doesn't have time for anything else, especially a feisty Earther female. Until the intelligent and beautiful Rowan ends up in his sickbay. She's everything he doesn't need complicating his life. But she's everything he wants.

When a hostile alien team lures Rowan into danger, Mrax will do whatever it takes to save her. Even if he ends up needing a little saving himself.

Rowan and Mrax have one job: build a fleet to save the rebellion. Any distractions could jeopardize the whole universe, even if the force of their attraction is stronger than gravity itself.

But sometimes, even when it doesn't add up, love comes out on top. Now they just have to make sure the rebellion does, too.

Series ends with a wimper

I was so looking forward to this book and it is a shame that it just didn't deliver like the others in the series. On top of the poor story, the narration was pretty bad this time. Rachel Music just couldn't distinguish between the voices enough and kept doing odd cadence changes that sometimes didn't fit the dialogue or characters. In addition, there are multiple repeats, including an entire chapter repeating.

As for the story, without spoilers, Mrax is a bit of a creep doctor and Rowan is "quarky" engineer on the spectrum. I ended up hating them both. Sure the sex was written fun, but the characters and plot were just stupid. No one apparently thought to try and actually have a conversation or negotiate for a better arrangement. Just missed opportunity to flip the situation around and really give the series a good send off.

Speaking of send offs, I had no idea it was the series end, but the epilogue was so useless that it made me check out the series on Kindle which confirmed it was the last book. There is another series (The Sraibur Crew) that may come to Audible, but I'm not at all interested in the pirates, especially not Faros.