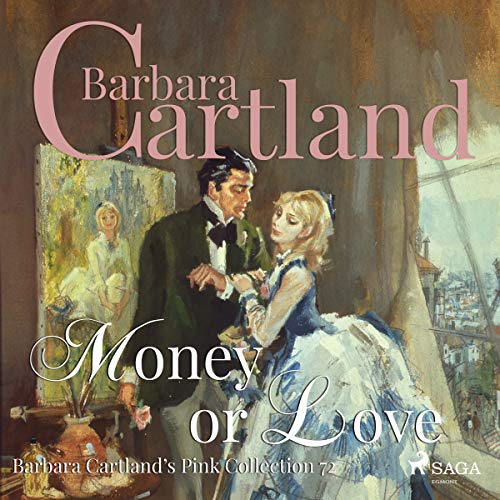 Sir Robin Dunstead returns from India after his father's death to find that he now owns two of the largest ancestral houses in the country both containing superb art collections, but the houses and the pictures are in a very poor state of repair. Unfortunately Sir Robin's father had sold everything that was saleable in both houses and everything of value is entailed for future generations of Dunsteads. Robin is left with no income and finds he has not enough money to buy food for himself and sister Alena. They are in complete despair until Robin remembers his friend who can copy pictures brilliantly, so with great daring, because it is illegal and he could go to prison, he gets his friend to copy two of his less well known pictures so he can sell the originals to a secret collector. This money does not go far, so he and Alena reluctantly decide that they will have to marry rich Americans, many of whom are already in London, while pretending that they are very rich themselves.

In the meantime most unexpectedly Alena meets a charming and delightful artist who shares her appreciation of art and the Dunstead collection, whilst Robin pursues a hugely wealthy heiress. How Robin and Alena fail to fall in love with a rich American, but instead find the real true love they have always sought in the most unlikely way is told in this unusual story by Barbara Cartland.

Between the ages of 77 and 97 she increased her output and wrote an incredible 400 romances as the demand for her romances was so strong all over the world. She wrote her last book at the age of 97 and it was entitled perhaps prophetically "The Way to Heaven". Her books have always been immensely popular in the United States where in 1976 her current books were at numbers 1 & 2 in the B. Dalton bestsellers list, a feat never achieved before or since by any author.

Barbara Cartland became a legend in her own lifetime and will be best remembered for her wonderful romantic novels so loved by her millions of readers throughout the world, who have always collected her books to read again and again, especially when they feel miserable or depressed. Her books will always be treasured for their moral message, her pure and innocent heroines, her handsome and dashing heroes, her blissful happy endings and above all for her belief that the power of love is more important than anything else in everyone's life.