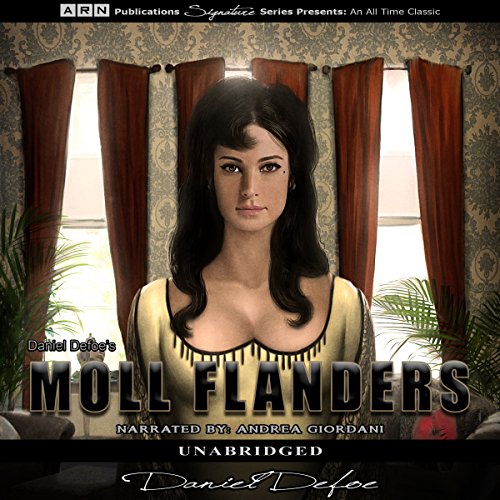 If ever a novel were to perfectly mimic a modern soap opera, it would be Moll Flanders by Daniel Defoe, which he published in 1722. The protagonist, Moll, experiences all of the hardships of life extremely early on, starting from the moment she's born. Her mother, a convicted felon, is sent to America while Moll is left in the care of a widow who instructs her on everything she needs to know about being a woman of her time. When Moll becomes a teenager, she takes a job as a house servant, wherein the two boys of the house both become enamored with her. Though she's first wooed by the eldest, he then convinces her that she should marry his younger brother, which she does. After a few years, however, Moll's husband passes away, and this begins her string of marriages that leave her feeling empty and - in some cases - in trouble.

Moll hones her ability to convince men that she's a wealthy widow, although throughout the course of the novel her finances take many a dip, especially after she moves to America like her mother. While there, she continuously tries to evade the law and the harsh sentences that come with some of her money-related crimes and later decides to move back to England after getting her hands on the inheritance money that her mother left her.

This story that follows the character we know by Moll Flanders is an exciting tale of lovers, husbands, children, thievery, and whoredom. Being published in the 1700s, it is easy to feel alienated from the language, but listening to the audio book while also reading a paper (or kindle) version along with it, the language becomes much easier to understand.

The voice actress in this audio book does a great job of changing her voice to represent other characters, but there were times when I wondered if it was a person talking, or some sort of computer animated voice. This didn't ruin the good parts of the reading, nor did it distract too much from the content, but it did make me take notice on more than one occasion.

I enjoyed the book.

the narrator's voice was very nice. the story was somewhat interesting. l felt a connection with the main character.