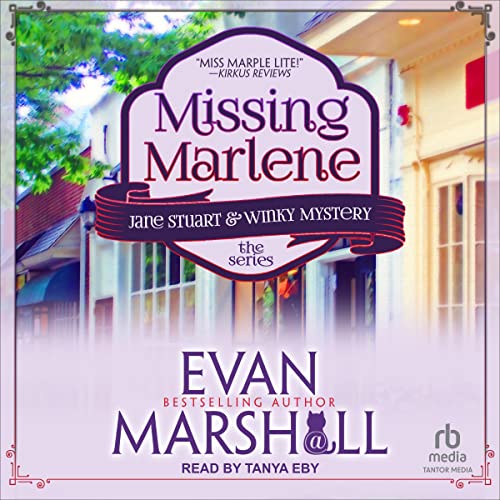 Jane Stuart is a widowed young mother and literary agent with a knack for solving mysteries. Winky, her tortoiseshell cat, has a nose for trouble. In Missing Marlene, they team up to solve the mystery of a missing nanny who may have met with foul play.

The last thing a working mom like Jane needs is a call from her young son's school saying his nanny never arrived to pick him up. Now Jane's wondering what happened to pretty, blonde Marlene, the daughter of an old friend she recently hired on a trial basis. It looks as if the nineteen-year-old has left without giving notice, and no one seems to know where she's gone. Her mother can't track her down. The police figure she's run away. Jane thinks she'd better start snooping around.

Juggling book deals, rival agents, and a rocky romance with a handsome author, Jane begins to uncover Marlene's shocking secret life. Her amateur sleuthing reveals a boyfriend with violent tendencies—and a police record—and a flirtation with a mystery man. As Jane discovers that Marlene's innocence ended long ago, Winky has a critical clue that could reveal if the killer came in on little cat feet . . . and if that same killer is getting ready to strike again.

Missing Marlene is a well written and well developed cozy mystery book. I enjoyed the different characters and how they engaged with each other. There were several twists and turns and the ending was quite satisfying. I look forward to the next book.