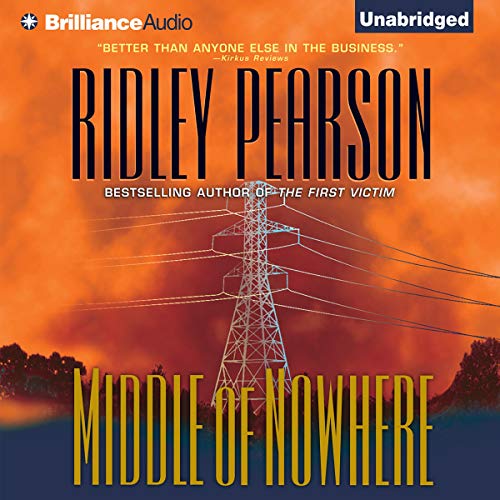 The "blue flu" has struck the Seattle Police Force, and the majority of officers are on an unofficial strike. Overworked and understaffed, detective Lou Boldt is committed to remaining on the job no matter what. But when a string of robberies and the brutal near-murder of a female cop descend on the city, the pressure of being a nearly one-man operation threatens Boldt's psyche and his marriage.

With the help of Daphne Matthews and Sergeant John LaMoia, Boldt is able to make slow progress cracking the case and their work leads them to a Denver convict and his brother, a hardened criminal. Boldt and Daphne come to realize that the robberies, assaults, and strike are somehow connected - and that his life is now in very real danger.

Filled with the fast-paced, spiraling action that has made his novels "irresistible" (The Los Angeles Times Book Review) works of suspense that "grip the imagination" (People), this offering from "the best thriller writer alive" (Booklist) is certain to win Ridley Pearson an even more enthusiastic audience.

Although I generally prefer professional actors reading audio books, in this case Ridley Pearson has a good voice, and does a pretty good job of reading his own novel. The plot leads us on many twists and turns to the ultimate resolution, keeping us guessing all along the way. It depicts the obstacles and frustrations of a police force struggling to do its job in the face of politics and internal strife. I enjoyed Mr. Pearson's subtle references to his friends, fellow authors, and fellow band members Amy Tan and Dave Barry.

Had potential but this book was just OK for me

The plot was pretty good and the story moved along well enough to keep me listening. The narrator was adequate but it did take a little while to get used to his monotone voice. What really got annoying was the continued ways that the main suspect kept miraculously getting out of grasp of Lou Bolt (the main detective). After a while all the silly mistakes, misfortunate events, and bad decisions from the police officers became kind of silly and I felt like I was stuck in ground hogs day. Other than that, the characters were likeable and the ending was satisfying. Overall the book was ok. If you have a few credits to spare and can't find anything else I would say go for it, but I am not going to race right out to grab another Ridley Pearson book. I'll keep looking for something better.

Your first clue - the author is the narrator. With very few exceptions (Bill Bryson is one exception), authors are NOT great narrators. Good narrators bring the story to life, poor ones, even when they know the story well, make it dry and colorless. This could be a 4-star listen with a better narrator. If you love Ridley Pearson's stories, get it - but if if you're not a super Pearson fan, this one might be better read than listened to.

I thought this boring. I am disappointed as it was featured on Audible's main page as recommended by a famous author. It might be better in written form but I think the author reading it in this case is a mistake.

Would you consider the audio edition of Middle of Nowhere to be better than the print version?

This novel lends itself well to the audio format. The clues seem to come in real time, and require close allention to the narrative to catch them all.

I like Lou Boldt. He is tough, but not hard boiled; moral, but very human. He is a good man in a hard business.

What does Ridley Pearson bring to the story that you wouldn’t experience if you just read the book?

Sadly, Ridley Pearson is an OK narrator, but not a great one. I'd like someone with greater range so that it is easier to keep the characters straight.

I lost a lot of sleep listening to this book. It was too compelling to shut off until well past my bedtime.

This police thriller is one of the best I've listened to in a while. And I think it's one of Pearson's best. The plot is quite complex and subtle but holds together quite well. Seattle's PD has internal problems -- a walkout and corruption -- as well as the usual problems of crime fighting. The characters are well rounded and interesting. Highly recommended as well for the author's great job of narrating his own novel.

Good storyline but way too long and drawn out. The writer read the book and was terrible as a reader, should never, never read for his audiobooks again! Ever!

Really enjoyed all the twists and turns of the plot. Very believable. Glad I bought it.