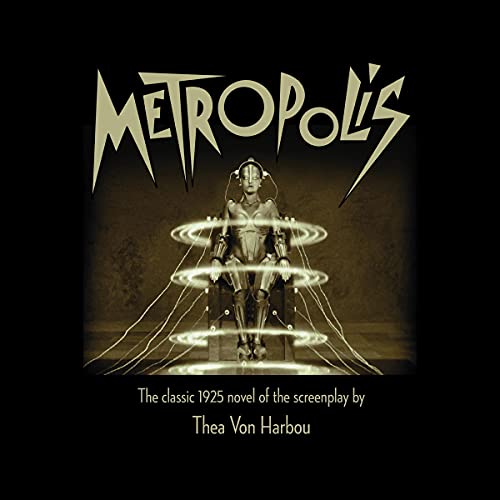 This remarkable novel, the basis for the world's greatest science-fiction movie, has long been a rare but ardently sought-after collector's item. It is an unforgettable vision of the 21st century and the awe-inspiring city of the future. Metropolis has been compared to such classics as George Orwell's 1984, H. G. Wells' The Time Machine, Samuel Butler's Erewhon, and Karel Capek's R.U.R. Science fiction writer and editor Forrest J Ackerman called it "a work of genius", noting, "The language of the novel is sometimes as thesauric as Shiel, as kaliedoscopic as Merritt, as bone-spare as Bradbury, as poetic as Poe, as macabre as Machen.... You will have an experience in reading that will last you all the rest of your life."