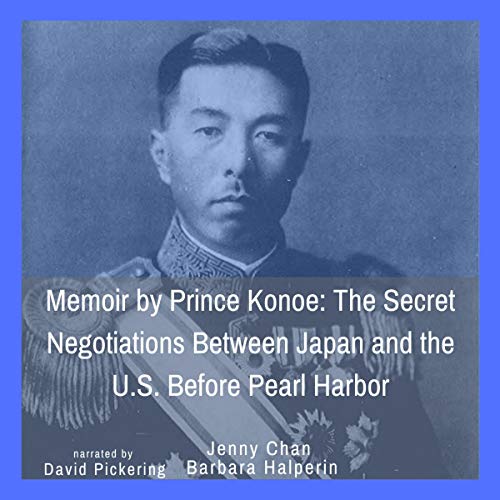 On December 16, 1945, Prince Konoe committed suicide after refusing to collaborate with US Army officer Bonner Fellers in Operation Blacklist. His refusal to exonerate Emperor Hirohito and the imperial family of war crimes responsibilities.

A week before he took the cyanide, he wrote a memoir regarding his experience governing Imperial Japan during World War 2.

Although Prince Fumimaro Konoe was born into one of the most ancient and noble families of Japan and was a descendant of the Gosekke (fiver regent families), he faced poverty at 14 after his father passed away. He was then groomed by his uncle Prince Saionji Kinmochi, who was a prime minister at the time, for an essential role in government.

The memoir shows many efforts of Prince Konoe's efforts for negotiations with Chinese and US government officials to try to end the war early as well as his governing during a time of crisis during the Pacific Asia War.