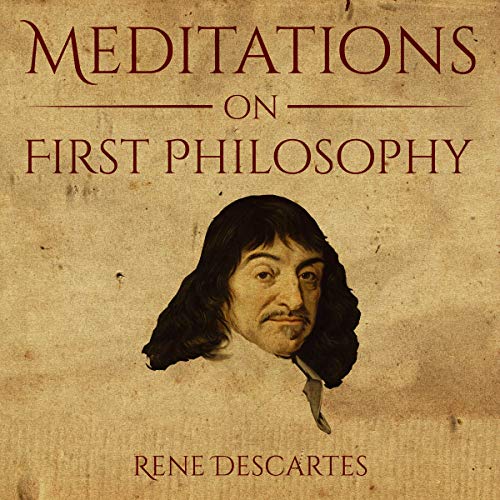 Meditations on First Philosophy in which the existence of God and the immortality of the soul are demonstrated is a philosophical treatise by René Descartes first published in Latin in 1641. The book is made up of six meditations, in which Descartes first discards all belief in things that are not absolutely certain and then tries to establish what can be known for sure.

He wrote the meditations as if he had meditated for six days: Each meditation refers to the last one as "yesterday". It continues to be one of the most influential philosophical texts ever written.

The narrator made it more difficult to grasp!

Though it’s interesting to hear such an argument by Descartes; I find his reasoning method and logic steps less when compared to Plato for example; despite the vast time and knowledge gap. However, the narrator made it even worse.. disappointing