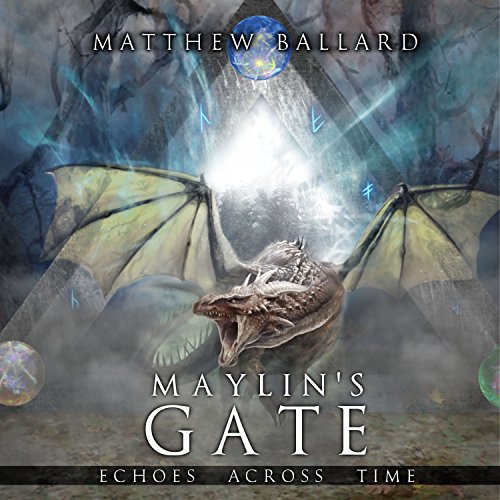 With the dragons tamed, King Ronan Latimer seeks to force Tara and the baerinese army from Meranthia's shores. But on a scouting mission, Ronan finds women and children among the invaders. The king must make a decision. Commit genocide against innocent baerinese or save humanity.

Ronan constructs a shield powered by human souls; a shield meant to contain the invaders. When his magic fails, thousands die, including a trusted ally.

Devastated, Ronan seeks guidance from the dragons. On his arrival at Dragon's Peak, Ronan discovers a new threat to humanity - a threat that leaves both races vulnerable to annihilation and requires humans and baerinese to join forces.

Ronan races to restore his magic and unite two warring races before Earth is overwhelmed by an ancient enemy.

A great chapter in the Saga

enjoyed the story and the struggle with enemies who through trial and tribulation become allies. Greg Tremblay's performance has been great. really epic story by Matthew Ballard. cant wait to start the final chapter.