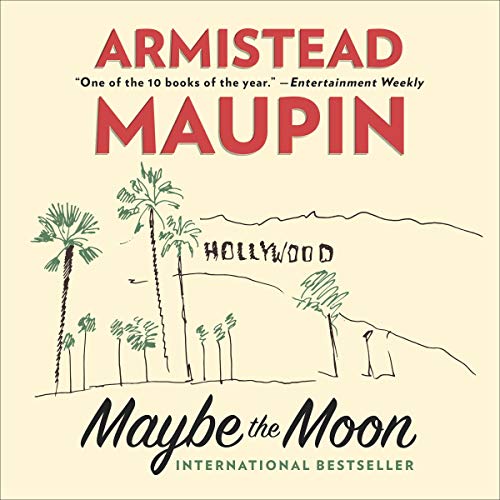 All of 31 inches tall, Cady is a true survivor in a town where, as she says, "you can die of encouragement". Her early starring role as a lovable elf in an immensely popular American film proved a major disappointment, since moviegoers never saw the face behind the stifling rubber suit she was required to wear. Now, after a decade of hollow promises from the Industry, she is reduced to performing at birthday parties and bat mitzvahs as she waits for the miracle that will finally make her a star.

In a series of mordantly funny journal entries, Maupin tracks his spunky heroine across the saffron-hazed wasteland of Los Angeles, from her all-too-infrequent meetings with agents and studio moguls to her regular, harrowing encounters with small children, large dogs, and human ignorance. Then, one day, a lanky piano player saunters into Cady's life, unleashing heady new emotions, and she finds herself going for broke, shooting for the moon with a scheme so harebrained and daring that it just might succeed. Her accomplice in the venture is her best friend, Jeff, a gay waiter who sees Cady's struggle for visibility as a natural extension of his own war against the Hollywood Closet.

As clear-eyed as it is charming, Maybe the Moon is a modern parable about the mythology of the movies and the toll it exacts from its participants on both sides of the screen. It is a work that speaks to the resilience of the human spirit from a perspective rarely found in literature.

"One of the 10 best books of the year." (Entertainment Weekly
"Highly funny and deeply poignant....Maupin sounds the feminine side of his psyche with a heartfelt resonance that few male writers ever accomplish." (Boston Herald)
"[Maupin's] lethargic, deadpan delivery makes Cadence's cynical attitude delightfully amusing....Full of humor and sorrow, the novel is a thought-provoking tale of a tragic hero and a manipulative industry." (AudioFile)

This isn't Maupin's strongest work, but it is still a very solid listen. It ends a bit abruptly, and once you see the ending coming, you know exactly what will happen. I think it should've been just a little more fleshed out as a story. Nonetheless, it is an interesting story, written from an interesting perspective.

This is an abridged version - false advertising

I read this book years ago, and loved it. Cady is an unforgettable character, and the story can be seen as a parable about all kinds of people who don't fit neatly into little boxes. Or it can be enjoyed as a great story.

The problem with the audio book is that it's abridged, and it doesn't say that anywhere on Amazon or Audible when you buy it. I don't mind Maupin's narration, because I like his delivery, even though he's not a "professional" narrator. Actually, reading along in my hardcover copy of the book while listening to the audio book was how I discovered it was abridged. I hate that, and I see it as false advertising. I'm not happy with this. Can I get a full version of the audiobook?

I love this author even if sometimes there's a dark side to his stories. I could listen to him all day long.

Armistead did not excite me with this novel. Even his reading of it fell very flat for me. I couldn't get into the characters, story line or anything. Just a total and absolute bore.