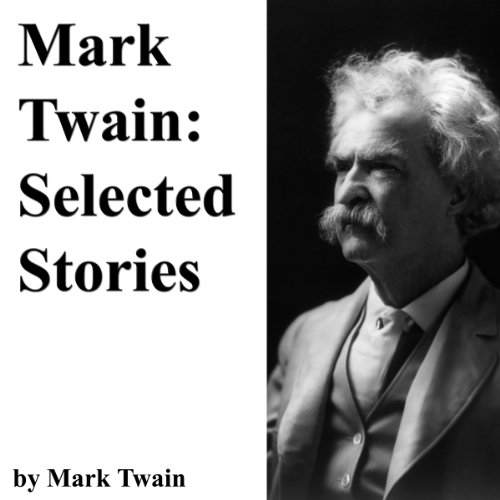 According to legend, when Mark Twain was failing at mining at a California mining camp, he heard someone tell a story about a couple of gamblers and a frog that wouldn’t jump. When Twain published the tale in 1865 in the Saturday Evening Press, it was his career that did the jumping. An American icon was born.

In this audiobook from Jimcin Recordings, 24 Twain short stories - from the world-famous "Notorious Jumping Frog of Calaveras County" to the obscure "Mrs. McWilliams and the Lightning" - are presented by a cast of venerable audio performers such as Jack Benson, Walter Covell, and Cindy Hardin Killavey. But remember, as Twain has Mortimer say, "All German advice is more or less mixed."

This collecton features some of Twain's best known stories, as well as some lesser-known gems, such as "A Mysterious Visit", "The Facts Concerning the Recent Carnival of Crime in Connecticut", and "The Loves of Alonzo Fitz-Clarence and Rosannah Ethelton".

The 24 stories included are: "The Invalid's Story”, "A Dog's Tale”, "Bakers Bluejay Yarn”, "Cannabalism in the Cars”, "The Story of the Bad Little Boy”, "Adam's Diary”, "Eve's Diary”, "A Ghost Story”, "The Man Who Put Up at Gadsby's”, "How I Edited an Agricultural Paper”, "Edward Mills and George Benton: A Tale”, "The Stolen White Elephant”, "The McWilliams and the Burglar Alarm”, "The Notorious Jumping Frog of Calaveras County”, "Mrs. McWilliams and the Lightning”, "A Double-Barrelled Detective Story”, "The Facts Concerning the Recent Carnival of Crime in Connecticut”, "The Canvassar's Tale”, "The Californian's Tale”, "The Joke That Made Ed's Fortune”, "The One Million Pound Bank Note”, "The Loves of Alonzo Fitz Clarence and Rosannah Ethelton."

About all of us

All of us are described here. And we often look ridiculous! The funniest stories ever!

the best readings of the best shorts of Twain's. thie readings have so much personally, character, pizzazz! I've listened and relistened and listened again. can't give enough praise.

the recording sounds just a little tinny tiny sorta kinda dated, but just so to give it vintage feel. doesn't degrade the listen. however there is a lot of base in all the vocals. I enjoy it (i am a bass player coincidentally), but I could see how it may bother some as it is exaggerated.

there's really are the best of his shorts. I have all his books, all his shorts available on audible, and I'm sure this is the best collection.

if you're just starting with twain this is the book you need. if you have others and aren't sure if you need it- you need it. discard all doubt and get this book!