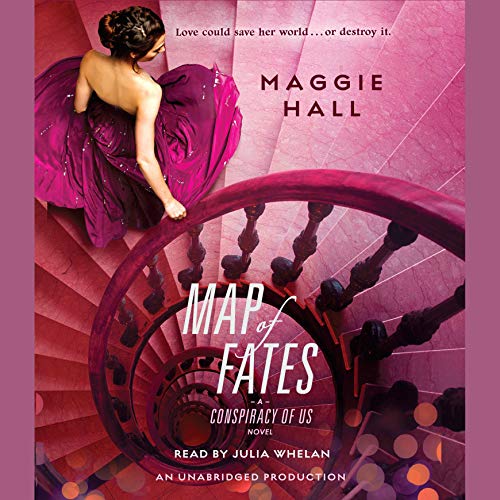 That's how long it took for Avery West's ordinary life to change forever. In two weeks, she discovered she was heiress to a powerful secret society known as the Circle, learned her mother was taken hostage by the Circle's enemies, and fell for a boy she's not allowed to love, just as she found out another was her unwelcome destiny.

Now Avery crosses oceans in private jets to hunt for clues that will uncover the truth about the Circle, setting her mom and herself free before it's too late. By her side are both the boys: Jack - steady, loyal, and determined to help her even at the expense of his own duty - and Stellan, whose connection to Avery grows stronger by the day, making her question what she believes at every turn.

But at the end of a desperate hunt from the islands of Greece to the red carpet at Cannes comes a discovery that not only changes everything, but could bring the whole world to its knees. And now Avery is forced to face the truth: In the world of the Circle, no one is what they seem.

Ok I liked this book more than I thought I would. At first it just seemed like a da Vinci code type book and it is but it's a lot more than that!! I love books with lots of layers and this one certainly has tons! I don't want to give away any spoilers! But I will say this I stayed up till four in the morning listening to this book and finished in less than one day. Although it was kind of predictable who she ended up with at the very end. But anyway I absolutely love Julia Whalen's voice! She narrated another series that I absolutely love the Partials!

think this was a mistake

My mistake anyway. I read book 2 without reading book 1 first. this is a series where it matters. I might be more invested in the characters with a better introduction and development. also, I think this might be YA and I am not. for a YA this is a pretty good listen. narrator is very good.

I'm so addicted to this series!

I have to wait HOW long for the next book!? I made the mistake (or smart choice, depending on how you look at it) to binge the first two books. I was looking for a new audiobook and I was totally in the mood for an international thriller and this series was totally it. I really got into the books, I LOVE the characters, and I LOVE the crew thing they have going on. It's sort of like The DaVinci Code (not the YA DaVinci Code....... ahem) in the sense that it has clues, powerful families, politics, intrigue, danger, and more.
I really, really loved where this book took things. I did wish for just a little bit more explanation once we found out what the Union really meant (after so many theories) BUT I'm sure we'll find out more history and science and whatnot in the third book. I love the complicated relationships and everything that those entail (familial, platonic, and romantic).

The story revolves around the conflict between two groups with inherited world power dating back to Alexander the Great. Sufficient intrigue to make an interesting story with some undertones of romance. Well narrated by Julia Whelan.

i love the history it brings to life. the love story it tells is just enough to call it a romance but the story its self is a thriller!!

Have to admit I loved this series. Mostly because of Julia Whelan’s artful narration. The characters are supposed to be teenagers, but the dialogue is written as if they are adults. As is the storyline. But it’s fun

Julia Whelan is hands down my favorite narrator and now she's introduced me to Maggie Hall who is quickly becoming one of my favorite authors. Map of Fates took me down a path of twists and turns I didn't see coming. The characters are so cool and the attractions between them so strong, her accents and descriptions are excellent! I could imagine every detail in my mind. Loved it!!

Another set of teenagers save the world.....blah blah blah. Really enjoy listening to Julia Whelan but didn’t enjoy the story, been there done that.

Not a big review writer but had to give my two thumbs up to this series. Well written, kept my attention and Julia Whelan is am amazing narrator - effortlessly adopts many different voices and does men's voices really well - with accents! Don't miss this series!

So well performed, and a wonderful continuation of the story. can't wait to listen to the third book!