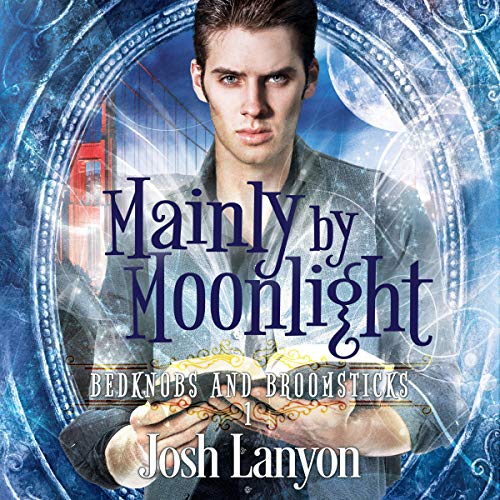 A gay high-society wedding. A stolen book of spells. A love-threatening lie.

Can a witch avoid a murder rap without revealing the supernatural truth? Cosmo Saville guiltily hides a paranormal secret from his soon-to-be husband. And if he can’t undo a powerful love spell, uncertainty threatens his nuptial magic. But when he’s arrested for allegedly killing a longtime rival, he could spend his honeymoon behind bars.

Police Commissioner John Joseph Galbraith never believed in love until Cosmo came along. Falling head over heels for the elegant antiques dealer is an enchantment he never wants to break. So, when all fingers point to Cosmo’s guilt, John races to prove his fiancée’s innocence before they take their vows.

As Cosmo searches for the real killer among the arcane aristocracy, John warns him to leave it to the police. But with an unseen enemy threatening to expose Cosmo’s true nature, the couple’s blissful future could shatter like a broken charm. Can Cosmo find the lost grimoire, clear his name, and keep John’s love alive, or will black magic “rune” their wedding bells?

Mainly by Moonlight is the first book in the sexy Bedknobs and Broomsticks romantic gay mystery series. If you like spellbinding suspense, steamy star-crossed fun, and a dash of paranormal, then you’ll love Josh Lanyon’s charming tale.

Buy Mainly by Moonlight to fall under love’s spell today!

this is totally lacking a story or a peak of excitement but there's non. couldn't believe out was already over. it's like there's missing another 6 hours or even more.

waste of time except the narrator