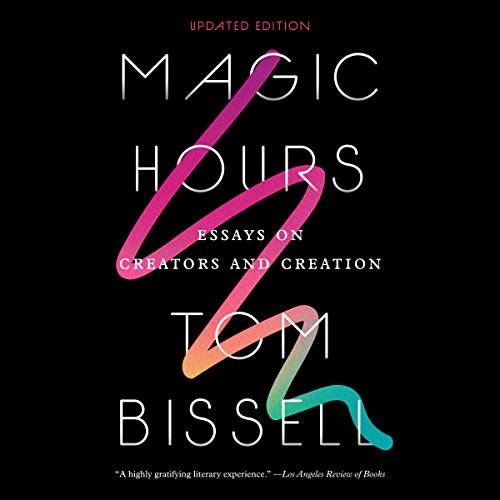 Award-winning essayist Tom Bissell explores the highs and lows of the creative process. He takes us from the set of The Big Bang Theory to the first novel of Ernest Hemingway to the final work of David Foster Wallace; from the films of Werner Herzog to the film of Tommy Wiseau to the editorial meeting in which Paula Fox’s work was relaunched into the world. Originally published in magazines such as The Believer, The New Yorker, and Harper’s, these essays represent 10 years of Bissell’s best writing on every aspect of creation - be it Iraq War documentaries or video-game character voices - and will provoke as much thought as they do laughter.

What are sitcoms for exactly? Can art be both bad and genius? Why do some books survive and others vanish? Bissell’s exploration of these questions make for a gripping, unforgettable listen.

If you’re a fan of Tom Bissell’s non-fiction work you will feel at home with Magic Hours. This book is busting at the spine with intriguing and fun stories that all differ from one another. Highly recommend.