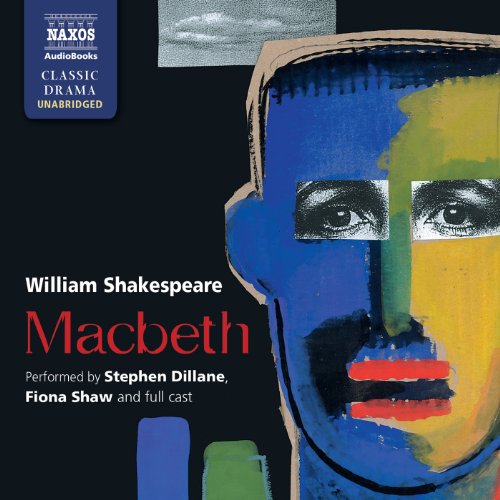 By the time Shakespeare came to write Macbeth - almost certainly in 1605/1606 - he had already completed three of the great tragedies with which modern audiences are so familiar: Hamlet (1601), Othello (1603), and King Lear (1605). Each of those plays gives us an eponymous hero who is in some significant way flawed, but for whom we also inevitably feel deep sympathy, whatever his errors or crimes. But in MacBeth, Shakespeare has chosen for his tragic hero a man guilty of the most terrible crime imaginable to a Jacobean audience, that of regicide - the murder of a king.

Part of the writer's triumph is to succeed in making Macbeth, whose crime we must detest, a man in whom we must also see something of our own darker side, our own potential for evil, so that Malcolm's final judgment on him as a mere "butcher" seems wholly inadequate, the verdict of someone who does not share the audience's insight into Macbeth's anguished inner world.

If this title becomes available in the enhanced format, it will probably dispel the concerns many have expressed about the sound quality. I've listened to this on the original CDs and as an Audible format 4 download, and the difference in clarity is an eye-opener. The third witch, as several people have commented, is inaudible in the download; it has something to do with the conversion of a complex stereo design to mono. In stereo, all witches are clearly audible and the background noises and music are clearly separated from the voices.

It's a particular shame with this title, because Fiona Shaw's vision of Macbeth (she directed it, as well as playing Lady Macbeth) is haunting, almost hallucinatory. It is by far one of the most ambitious and brilliantly-realized audiobooks of a Shakespeare play available. If it does become available as an enhanced-format download, I would urge anyone who tried it before, and rejected it, to give it another try.

A most worthwhile rendition of Macbeth. The voices are expressive and clear, without milking the emotions. The narrative flows well. The technical quality is good, with the very occasional exception of some bit players, where the voices are muted, for example that of the third witch. All in all, a rollicking tale of gore and guts to gladden the hearts of Quentin Taratino fans.

Too many bells and whistles. The quality of ambience should not be so strained. The relentless thematic use of water noise - dripping, decanting, gurgling, splashing, washing, raining - threatened to drown the very strut and fret of this finest of plays.

the quality could be better

You can bearly hear one of the witches, and they don't sound like witches enough to suit me. The preference of the witches' dramatization may be nit-picky, but the complaint about not being able to hear one of them is serious. And that's kind of a problem for me, since they're one of my favorite parts of the story.

I was looking forward to a good rendition of Macbeth to listen to in my car, but this one leaves you confused at best. Acts and scenes are not announced, so you don't really know what is going on; difficult to figure out which character is which - if you pile on the Shakespearean era English and occasional poor sonics, it makes for a dissatisfying experience.

This definitely helped my students. There was weird breathing through, but not a bad performance.