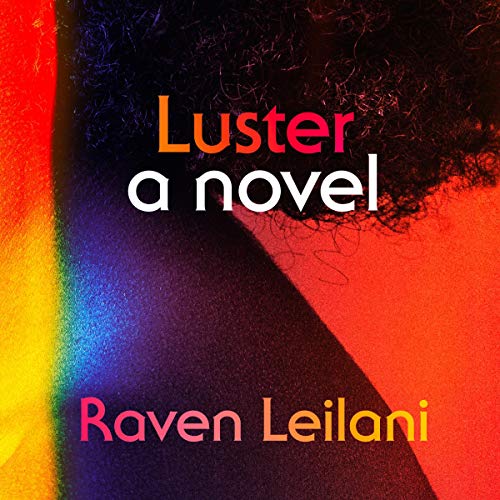 "There is a universal appeal to [Narrator Ariel] Blake's performance as Edie, a protagonist who may be her own worst antagonist. Blake's delivery has an immensely human, relatable quality that makes the listener want the best for Edie as she struggles to make her way in the world." (AudioFile magazine, Earphones Award winner)

And how do we even know what we want? How do we know we’re ready to take it?

Edie is stumbling her way through her 20s - sharing a subpar apartment in Bushwick, clocking in and out of her admin job, making a series of inappropriate sexual choices. She is also haltingly, fitfully giving heat and air to the art that simmers inside her. And then she meets Eric, a digital archivist with a family in New Jersey, including an autopsist wife who has agreed to an open marriage - with rules.

As if navigating the constantly shifting landscapes of contemporary sexual manners and racial politics weren’t hard enough, Edie finds herself unemployed and invited into Eric’s home - though not by Eric. She becomes a hesitant ally to his wife and a de facto role model to his adopted daughter. Edie may be the only Black woman young Akila knows.

Irresistibly unruly and strikingly beautiful, razor-sharp and slyly comic, sexually charged and utterly absorbing, Raven Leilani’s Luster is a portrait of a young woman trying to make sense of her life - her hunger, her anger - in a tumultuous era. It is also a haunting, aching description of how hard it is to believe in your own talent, and the unexpected influences that bring us into ourselves along the way.

"So delicious that it feels illicit.... Raven Leilani’s first novel reads like summer: Sentences like ice that crackle or melt into a languorous drip; plot suddenly, wildly flying forward like a bike down a hill." (Jazmine Hughes, The New York Times Book Review)

“An unstable ballet of race, sex, and power. Leilani’s characters act in ways that often defy explanation, and that is part of what makes them so alive, and so mesmerizing: Whose behavior, in real life, can be reduced to simple cause and effect? Sharp, strange, propellent - and a whole lot of fun.” (Kirkus, starred review)

I couldn’t stop listening to this book, I had to see where it was going. The words flow like poetry painting a vivid and raw story.

This was one of the best novels I’ve ever consumed. It was weird and funny and tragic and does an incredible job of capturing the experiences of a young, black woman. I listened to it in two days because I couldn’t walk away.

I felt like the writer's impeccable details were lost on three highly dislikeable characters with a story that makes no sense. The protagonist is so full of self loathing that I felt like she was mentally I'll and being exploited by the author. The hypersexuality was disturbing without the character realizing how demeaning her sex life was. I hope the author uses her talents to create characters and stories that are relatable to readers.

Tedious. I do not recommend

This book is ridiculously wordy, and takes forever to get to points that seem to be meaningless. Terrible choice. Wish I could get my credit back.

This seemed highly rated, so I took a chance and I regret it. The narration is (intentionally?) flat. The characters were unsympathetic and, at times, hard to believe. I am a 40-something woman and found it impossible to relate to the train-wreck 23 year old main character. This was an utterly disappointing story and I never felt it coalesce. Awful.

Intense, dramatic, raw, visual, current. Highly recommended. You might miss some references but just pause and look them up.

Unusual listen. Very dark and disturbing. Hard to connect to the characters. Descriptive and overly negative. Hard listen for me.

This book reminds me very much of books like “Love Me Back” and “My Year of Rest and Relaxation” in which women do some really self-destructive stuff without really reflecting on how that behaviors impacts their future. But with a black female character. There are fleeting moments of poignancy (I say this as a black millennial woman) but also moments when the suspension of disbelief was not possible. For example, I enjoyed and understand the conversation/dynamic between the protagonist and a co-worker but found her lack of friends quite odd. Ole girl has NO friends which is kind of the only reason the plot is feasible. I’m not mad I listened to it but it’s not my favorite either. I appreciate the fact that a black woman is flawed though her complete lack of self-awareness and introspection are difficult to digest, but I also don’t love first-person narratives and have become averse to them in general.

This book is now in my top five, read or listened to, and it easily earned that spot.

After the first chapter or so, this book felt like an update to Jay McInerney's Bright Lights Big City, featuring a millennial protagonist with millennial problems. A young person in the city trying to have a good time, find themself, and not destroy their soul in the process. As I progressed further into the book, the story felt more like the TV shows Fleabag or Insecure. But by the end, I realized that it has no comparison. It is its own thing, and though it gets real dark and real weird at times, its an amazing journey.

The writing is electric and the narrator perfectly compliments Leilani's writing style.There are a couple of points in the story that seem if not aimless maybe not the best choice, but the writing and narration keep you engaged. Really, I mean if Raven Leilani wrote the owners manuel to my dish washer and Ariel Blake read it I would listen to it, because they'd figure out how to put some gems in there and keep me listening.

As soon as this book hits paperback I'll be buying a physical copy. Excellent, 5/5, I'll be enjoying this again soon.

The author is a brilliant writer... but young. Very young. Almost all of her Gen X references way over my head which left me out in the cold. And the heroine? Maybe more self destructive than my weary heart can handle right now.