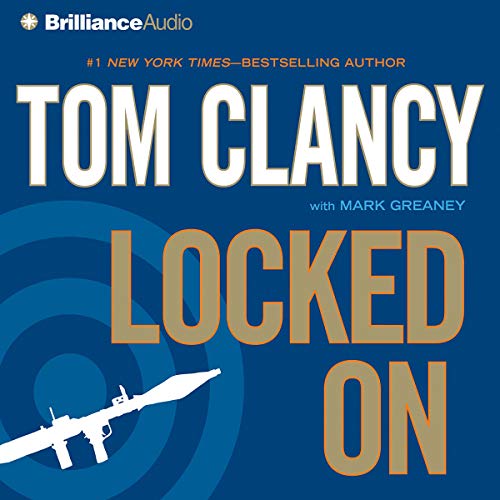 Jack Ryan Jr.--along with the covert warriors of the Campus--continues to uphold his legendary father’s legacy of courage and honor in this thriller from number one New York Times best-selling author Tom Clancy.

Privately training with special forces, he’s honing his combat skills to continue his work within the Campus, hunting down and eliminating terrorists wherever he can--even as Jack Ryan Sr. campaigns to become President of the United States again.

But what neither father nor son knows is that the political and personal have just become equally dangerous. A devout enemy of Jack Sr. launches a privately-funded vendetta to discredit him and connect him to a mysterious killing in his longtime ally John Clark’s past. All they have to do is catch him.

With Clark on the run, it’s up to Jack Jr. to stop a growing threat emerging in the Middle East, where a corrupt Pakistani general has entered into a deadly pact with a fanatical terrorist to procure four nuclear warheads they can use to blackmail any world power into submission--or face annihilation.

What was one of the most memorable moments of Locked On?

All of the action scenes.

Have you listened to any of Lou Diamond Phillips’s other performances before? How does this one compare?

Never listened to Lou before, but he is an excellent narrator.

It took me back to when I was in the Air Force. I listened while commuting to and from work. I managed not to wreck the car.

Never read a Tom Clancy book. Saw hunt for Red October when it came out. Jumped right in there with this one. Had no trouble keeping up with his continuing characters.
It's a great book as an audible !! Planning on getting his

Would you listen to Locked On again? Why?

i really like the abridged version of Tom Clancy books. the action is not dragged down by information that i do not need, or can get by reading the book, and i enjoy listening to them again and again.

NOTE: i first tried to down load this book in enhanced format. it would play for 50-55 min. and stop. i repeated the down load with the same results 4 times. finally i downloaded format 4 version. and it played.

Have you listened to any of Lou Diamond Phillips’s other performances before? How does this one compare?

Lou Diamond Phillips is excellent. i condersider him one of the best.

if i had enough time, yes. but, i can spread my enjoyment over 2 days.

get rid of enhanced format. i have had repeated trouble with. it does not sound any better then format 4 and uses 2X the memory

Shoot Em Up in Russia

This is good for a TV movie full of guns and exciting explosians and terrorists and mssiles in Russia of all places. John Clark is the new Superman.

Not a big fan of abridged books

Too many things cut out which made the story seem off after reading the story. This is why I state that I don't like abridged stories.

I really enjoyed the book though I think It would be easier to read it then listen to it because of all the different names that sounded alike to me. Very suspenseful. Manages to get two of the guys in life and death situations at the same time.
What I didn’t like was the story left me hanging. I have to buy the next book to see what happens.

Great book in the series.

Good listening in a series of action adventure. You need to hear this book to continue.

This Review Needs a Title...So, I

This is the story of Jack Ryan Jr's exploits out in the field as he transitions from analyst--a story we've heard before. This was an OK book. It isn't as good as the vintage Clancy; some say that the ghost writing and editor meddling have caused quality decrease. I'd say that what ever it is, this one is not as good as the Clancy classics. The most silly plot point, no one is going to recognize Jack Ryan, Jr. out in the field, when daddy's running for President, right? The detailed descriptions of military/intelligence components, in the true style of Clancy, leave little room for character development if the book is to be less thick than Exodus. And, read the 10 hour version, vice the 18 hour one. If this country's politicians are really as one-dimensional as Kealty, we're in trouble. It's a good blend of politics and action with a few familiar faces.The book brings back many familiar faces for another round and makes some money for an outsourced ghost writer and a meddling editor in NYC.

the book starts in the middle and then loops back

action packed, edge of your seat, exciting
another great Clancy read. I'm now buying the next book in the series.

A Grim Taste of Global Near Misses

Seemingly endless combat. Scanty characterization, except for the narrator's spellbinding talent for breathing unique life into bellievable voices from many nations.