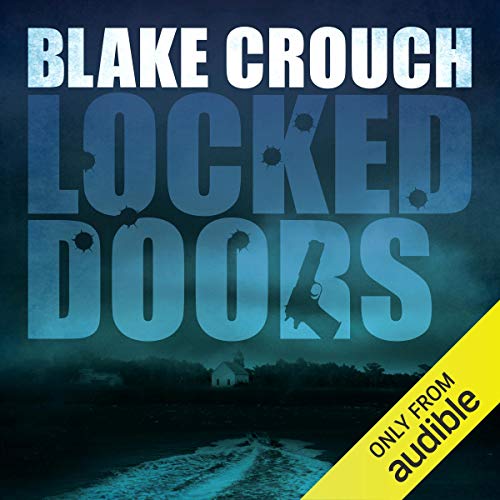 Seven years ago, suspense novelist Andrew Thomas' life was shattered when he was framed for a series of murders. The killer's victims were unearthed on Andrew's lakefront property, and since he was wanted by the FBI, Andrew had no choice but to flee and to create a new identity. Andrew does just that in a cabin tucked away in the remote wilderness near Haines Junction, Yukon. His only link to society is by email, through which he learns that all the people he ever loved are being stalked and murdered. Culminating in the spooky and secluded Outer Banks of North Carolina, the paths of Andrew Thomas, a psychotic named Luther Kite, and a young female detective collide. Locked Doors is a novel of blistering suspense that will scare you to death.

Andrew is NO Lisbeth Salinder!!

Disappointed again. I read the second of the Series hoping it would improve. It didn't. It became more of a caricature of a murder series. I couldn't figure out who was more cartoonish, Luther, Andrew or his parents!!! Come on Blake! I know you have better stories in you! Stop letting the grad students near your manuscripts!

It is all in the narrator

Was Locked Doors worth the listening time?

It was an average book and there are for sure better woks on Audible to chose from.

The narrator is what kept me involved. I suspect that I might have taken a very long time to complete the reading of a print version. I did not feel the author broke any new ground and he just spent more time with shotguns blazing.

I loved the first book in this series which led me to this one. I absolutely loved it from beginning to end. The character development was excellent and the narrator was the best I've listened to. I loved how he did the women. Especially Beautiful Maxine. I forgot I was listening to one man read this story I believed in each character and lost myself in the performance and story!!! loved it!!!

Excellent continuation of the series!

Just a great book! Love the characters, the writing, and the narration. Fabulous! Can't wait for the conclusion!

Excellent story line. Suspense beyond belief. Definitely recommend this series and other book from the author. One of my favorite authors.

(Book 2 of a 3 part series) gripping, electric, will keep you on the edge of your seat!!

Not my favorite Blake

Just too many unrealistic things take place where the good guys could just not be that dumb and the bad guys that lucky. Unfortunate because otherwise would have been another great book by Blake Crouch.

Good story. Great naration. enjoyed it very much. I recommend it to whoever is interested.

Great book but audio is missing a section

Small portion of the audio is missing but overall a good listen. Looking forward to next title in the series.

I have never hated a villain more...

more than I do Luther Kite. mr. crouch doesnt disappoint in this book. Get it!